Who scored and who wasted their money on Super Bowl ads 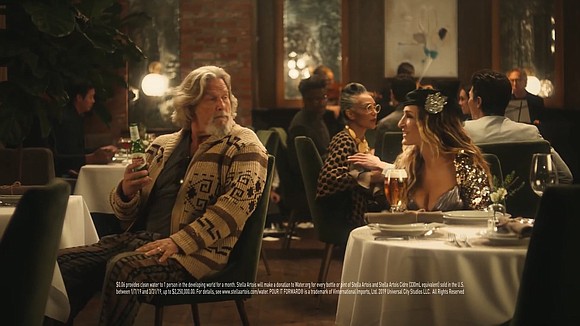 While it's popular to say "The ads were better than the game," they collectively weren't.

The takeaway from Sunday, however, was too many sponsors simply trying too hard, with the few witty, surprising and emotional spots genuinely standing out. While it's popular to say "The ads were better than the game," they collectively weren't, even in the midst of a low-scoring affair that didn't produce a touchdown through three quarters.

More image-oriented ads represent a long-term investment in a marketer's profile, although given the size of the showcase, they're can invite controversy. Yet there was relatively little of that, with several commercials that did feature women in prominent ways, tying into that cultural moment.

In terms of overall product groups, tech companies left a sizable impression, with T-Mobile airing a spot in each quarter, joined by Microsoft, Amazon and Google. Notably, there was also a push for TV content from streaming services via Amazon, Netflix and Hulu, and even an ad from the Washington Post.

Based on first impressions of Sunday's big game, there wasn't a single spot we'll be discussing years from now, a la Apple's "1984" ad, or even Volkswagen's Darth Vader kid of a few years ago. But there were standouts, both in terms of advertisers that scored, and those who seem to have squandered the opportunity, given the more than $5 million shelled out for a 30-second spot.

Bud Light/Game of Thrones -- Many viewers were no doubt stunned and perhaps confused to see the beer ad morph into a "Game of Thrones" tie-in, but it was genuinely surprising, and in terms of shaking up a day filled with otherwise predictable creative, kind of awesome.

Google -- Both of its spots -- one featuring the military, the other about how words are translated -- were arresting and on-point in terms of its brand, providing a ray of hope about the human experience, speckled with fleeting acknowledgment of the darker side.

Microsoft -- The company's ad showcasing special game controllers for kids who need them was not only uplifting but an example of the great things that technology can help people accomplish.

Hulu -- The audacity of airing an ad for the dystopian drama "The Handmaid's Tale" in the midst of the Super Bowl nearly carried the day.

Budweiser -- Using Bob Dylan's "Blowin' in the Wind" to tout beer brewed with wind power, the callback to previous Budweiser big-game spots contained a mix of advocacy and product pushing that also happened to be visually arresting.