Sears returns to court with its future in the balance 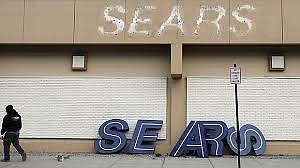 (CNN) -- Lawyers for Sears and its creditors are due back in court Wednesday for a hearing that could decide the iconic retailer's fate.

What happened so far?

US Bankruptcy Court Judge Robert Drain on Monday began a hearing on Sears' plan to sell its assets, including 425 stores, to the hedge fund controlled by its chairman Eddie Lampert. It is the only chance to save the jobs of up to 45,000 employees of the Sears and Kmart chains and keep the 133-year old retailer in business.

Sears' creditors, including vendors and landlords, oppose Lampert's rescue bid, arguing that the company should be shut down and liquidated. More than 40 parties in the case have filed objections to the company's planned sale, including the Pension Benefit Guaranty Corp., the federal watchdog that wants to take over the pension benefit payments owed 90,000 Sears retirees and other beneficiaries. Sears has objected to PBGC's proposal.

Testimony and arguments resume Wednesday. The two sides may not get to their closing arguments until Thursday morning.

Drain could issue his ruling from the bench at the end of the process. Sears hopes to have a decision approving the sale by Friday February 8, and it hopes to close the sale by February 19.

Not all the objections filed in the case seek Sears' liquidation. Most are arguing specific objections to one or more terms of the proposed sale. If Judge Drain agrees with some of the objections, it could kill the deal and leave no option but liquidation.

Among the issues is how much of Sears' $166 million in accounts payable Lampert is willing to assume.

Lampert had agreed to assume responsibility for those bills, but Sears' attorney Ray Schrock said Monday that issue hadn't yet been settled. Lampert's spokeman wouldn't comment directly on the dispute other than to say that the hedge fund remains committed to working with Sears to resolve any outstanding matters related to the bid.

Which way is the court leaning?

So far, the judge has appeared to be giving Sears every chance to save itself. At a January 18 hearing he said "it would be a very good thing" if there were a way to save the 45,000 jobs at Sears and Kmart. But those employees are not the top priority under the nation's bankruptcy law.

Testimony during Monday's hearing showed the deal almost didn't come to fruition and that attorneys for Sears and attorneys for Lampert were not able to reach a deal by the original deadline of Jan. 14. Sears' attorney met with Drain in chambers to indicate the company would have to proceed to liquidation, according to testimony and questions at Monday's hearing. But Drain urged the parties to try again, even if it meant pushing past the original deadline.

"The judge felt we we close and we should take one more shot at closing the gap," said William Transier, a member of the Sears board's restructuring committee who testified Monday morning.