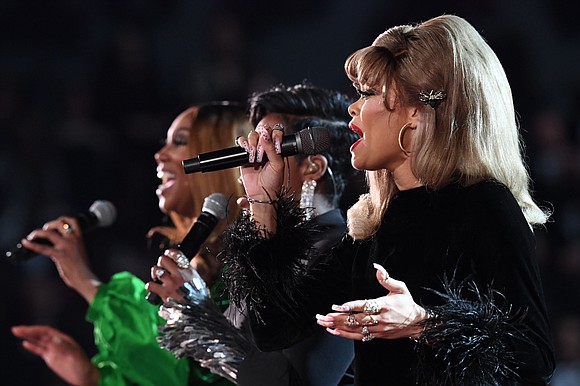 It was a tribute worthy of the 18-time Grammy winner.

The trio sung Franklin's 1968 hit, "A Natural Woman (You Make Me Feel Like)," and brought the audience to their feet with their soulful rendition.

The performance was saved for the end of the show, following the in memoriam tribute.

Franklin died of pancreatic cancer in August at the age of 76.

She won her first two Grammys in 1967 for "Respect." In 1991, she received the Recording Academy's Grammy Legend Award. She also has five recordings in the Grammy Hall of Fame, including "Respect," "Chain of Fools," "Amazing Grace," "A Natural Woman (You Make Me Feel Like)," and "I Never Loved A Man The Way I Love You."