Theatre Under The Stars Announces the Cast of Mamma Mia! 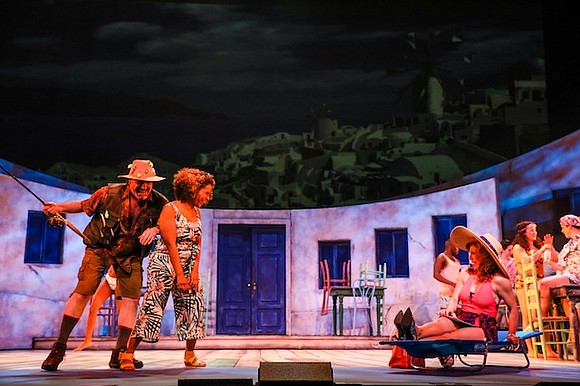 HOUSTON -- Theatre Under The Stars (TUTS) is excited to announce its cast for Mamma Mia!.

Over 60 million people around the globe have fallen in love with the story and the music that makes Mamma Mia! the ultimate feel-good musical. TUTS Artistic Director, Dan Knechtges, who directs this spectacular new production of Mamma Mia!, guarantees Houston audiences with have a fabulous time!

“We’re kicking off the second half of our 50th Anniversary Season with a party!”, said Knechtges. “I’m so excited about the caliber of talent in this cast, and I cannot wait to share this show with Houston audiences.” 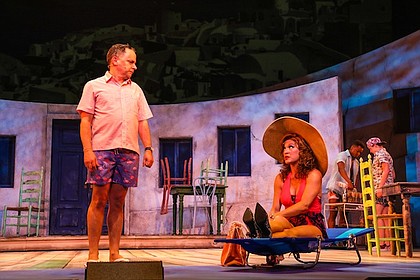 Leading off the cast as “Donna” is Sally Wilfert. She is joined by Felicia Finley as “Tanya,” Carla Woods as “Rosie,” Matthew Scott as “Sam Carmichael,” Mark Price as “Harry Bright,” Steven Bogard as “Bill Austin,” Berklea Going as “Sophie” and Karl Josef Co as “Sky.”

Sally Wilfert (Donna) has appeared on Broadway in Assassins, The Adventures of Tom Sawyer, & King David; the National Tour of The 25th Annual Putnam County Spelling Bee; Off Broadway in See Rock City, When We Met, Make a Song, amongst many others.

Felicia Finley (Tanya) last appeared on the TUTS stage in the 2016 production of How To Succeed in Business Without Really Trying. Broadway credits include Mamma Mia!, The Wedding Singer, Aida, The Life and Smokey Joe’s Café.

Carla Woods (Rosie) was most recently seen as Mrs Potts in TUTS’ production of Disney’s Beauty and the Beast. Other credits include the first National Tours of Sister Act and All Shook Up.

Matthew Scott (Sam Carmichael) has appeared on Broadway in productions such as An American in Paris, Sondheim on Sondheim, Jersey Boys, and A Catered Affair. Regionally, he has performed in productions at La Jolla Playhouse, the Kennedy Center, The Muny, Goodspeed Opera House, Paper Mill Playhouse and Pittsburgh CLO.

Steven Bogard (Bill Austin) has toured the country with the National Tours of Jekyll and Hyde, Guys and Dolls, and Grease, das Musical. He has worked at regional theaters including Papermill Playhouse, Main State Music Theatre, The 5th Avenue, and Marriott Theatre in Lincolnshire.

Berklea Going (Sophie) has appeared in the National Tour of Irving Berlin’s White Christmas, Kathy Seldon in Singin’ in the Rain at the Muny, Holiday Inn at Paper Mill Playhouse, and Lana Turner in Chasing Rainbows at the Goodspeed Opera House.