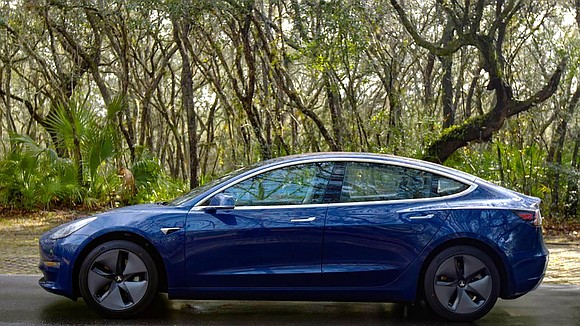 It delivered its first Model 3 to a customer in China on Friday, weeks ahead of schedule. A ceremony was held for the delivery in Beijing.

It delivered its first Model 3 to a customer in China on Friday, weeks ahead of schedule. A ceremony was held for the delivery in Beijing.

For a company well known for missing target dates and deadlines, doing something ahead of schedule was a notable accomplishment.

China is a particularly important market for Tesla. Although auto sales slowed there last year for the first time in decades, it is still the largest market for both overall car sales and for the sale of electric vehicles.

Tesla is in the process of building a new factory in Shanghai, its first auto assembly line outside of its Fremont, California home. That plant is a key for avoiding tariffs that China has on cars imported from the United States.

Despite Friday's success, the rest of the week has been much tougher for Tesla.

Reliability rating lost: Consumer Reports announced Thursday it had removed the "recommended" rating from the Model 3 -- despite a good score on the magazine's road test by its staff -- due to concerns about its reliability raised in its annual survey of customers.

Tesla responded that it had already fixed many of the problems identified by customers since the survey was conducted.

Misstated financials: Earlier in the week CEO Elon Musk was back to making bold predictions that might turn out to be difficult to accomplish. Tuesday afternoon, Musk made a claim on Twitter he later had to walk back within hours.

Within hours Musk was clarifying -- again via Twitter -- that he had "meant to say annualized production rate at end of 2019 probably around 500k, ie 10k cars/week. Deliveries for year still estimated to be about 400k."

His pattern of making big claims prompted the Securities and Exchange Commission last year to force him to give up the chairman position at Tesla and required the company to have better oversight of any statements that could move the company stock.

It was the most recent example of the revolving door for top executives at the company. Other notable departures include its chief accounting officer, who left the company in September after less than a month.

Overly optimistic predictions: Musk this week also made bold predictions about when the Tesla's vehicles would be able to be true self-driving cars.

He added that he didn't believe regulators would allow Tesla to turn on all those features to allow self-driving trips by the end of next year.

Some experts questioned his assertions about where Tesla stands with its self-driving technology, Shaun Kildare, director of research at Advocates for Highway and Auto Safety, said such claims about the capability of a Tesla were "wildly optimistic."