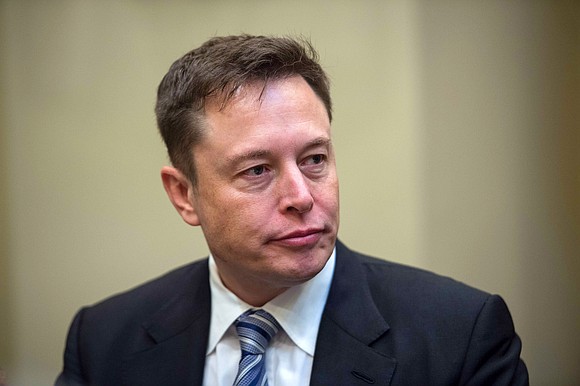 Elon Musk is a visionary and enjoys a cult following among many of Tesla's customers. But he is a loose cannon as a CEO of a company with public investors.

(CNN) -- Elon Musk is a visionary and enjoys a cult following among many of Tesla's customers. But he is a loose cannon as a CEO of a company with public investors.

Now he is once again battling the Securities and Exchange Commission, which could seek to strip him of his position at Tesla.

The SEC on Monday asked a federal court to find Musk in contempt for violating a settlement agreement reached in October. Musk tweeted last week that Tesla would build 500,000 cars this year. That was incorrect: Tesla has said it would only produce about 400,000 cars during the year. Musk had not received Tesla's approval to send his tweet. That violates the agreement, according to the SEC.

The regulator didn't specify what penalties it will seek if he is found in contempt, but it had previously sought to remove Musk as CEO. Last year, Musk falsely tweeted that he had secured funding to take the company private. In the October settlement, the SEC allowed Musk to keep his CEO job, but he agreed to give up his board chairman position. He also needed to get pre-approval from Tesla's laywers of social media posts about company information that is "material" to investors.

The decision on whether to remove Musk as CEO doesn't rest with the SEC; it would be up to a judge. Or Tesla's board could decide to pull the plug on Musk, if it decides it has had enough.

Musk is a loose cannon

Musk is undoubtedly the genius behind the industry-changing electric cars Tesla builds. But he is also the driving force behind the volatility in Tesla's stock and the revolving door of top executive talent at the company.

For example, Tesla's top lawyer quit a day after Musk's February 19 tweet that got him into trouble with the SEC. Last year Tesla's chief accounting officer left after less than a month in the job following his "funding secured" tweet. The company has also lost top engineers.

Yet Musk has shown no remorse. He continued to tweet about his dislike for the SEC after the court filing, saying, "Something is broken with SEC oversight."

Even Tesla bulls are starting to shake their heads.

"We expect the debate of whether Tesla is better off without Musk will return," said tech analyst Gene Munster, managing partner of Loup Ventures, in a blog post.

"Musk's behavior remains careless," Munster wrote. "In this case, the tweet wasn't as careless as the disrespect for the process he agreed to in the October settlement."

Munster's comments are particularly biting, because Munster is a longtime Musk supporter.

Musk seems reasonably well insulated from getting thrown out of his own company. He hand-picked the board, including his brother, fellow billionaire Larry Ellison and the company's new chairwoman.

Musk a mixed bag for Tesla

Munster said the company has reason to consider a new CEO.