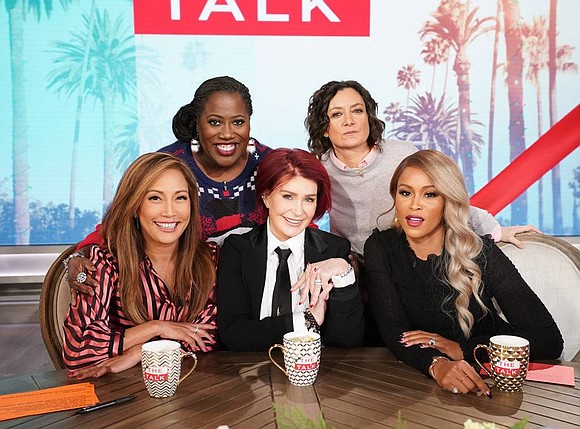 It’s official: Carrie Ann Inaba will permanently fill Julie Chen’s vacant seat on The Talk, CBS confirmed Wednesday. The Dancing With the Stars judge made her debut as a regular Talk co-host on Wednesday’s broadcast, rounding out a panel that includes Sara Gilbert, Sharon Osbourne, Sheryl Underwood and Eve. “Having the opportunity to sit at the table with Eve, Sara, Sharon and Sheryl has been such an enriching experience, and I’m honored and looking forward to joining them daily,” Inaba said in a statement. Angelica McDaniel, executive vice president of daytime programs at CBS, added, “Everyone’s Talk-ing about it, and I’m excited to confirm it. We’re welcoming Carrie Ann Inaba to the Talk table.” It was first reported in December that Inaba would likely be joining the show permanently, after serving as a guest host regularly in the wake of Chen’s departure last September.