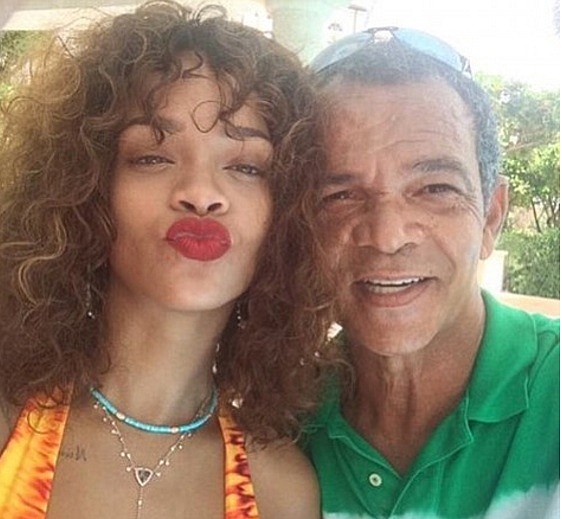 After making several attempts to handle the matter privately, Rihanna has filed a lawsuit against her father, Ronald Fenty, for continuing to fraudulently profit from her trademarked Fenty brand. TMZ reports the Caribbean singer has filed a lawsuit claiming her father started a talent development company in 2017 called Fenty Entertainment, a violation of her trademark rights. The singer also claims in court documents that her dad and a business partner falsely advertised themselves as her representation to solicit millions of dollars, including an attempt to book a 15-city tour throughout Latin America to the tune of $15 million, all without the “Work” artist’s authorization. Riri also accuses her father of unsuccessfully trying to re-trademark “Fenty” to use with resort boutique hotels. In an attempt to address the situation quietly, Rihanna reportedly sent several cease and desist letters directly to her father. Unfortunately, he ignored the warnings and continues to make money off of Fenty Entertainment. She’s asking the court to place an injunction on her dad using the name “Fenty” and is also looking for damages.