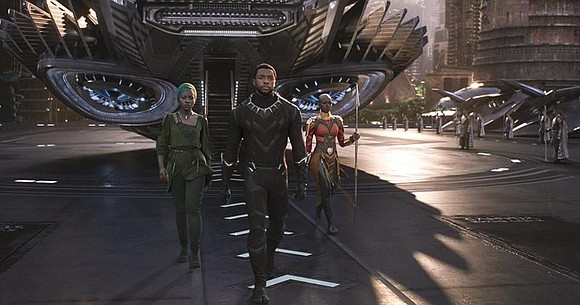 (CNN) -- Fresh off a big win at Sunday's Screen Actors Guild Awards, "Black Panther" is headed back to theaters -- and this time, you can leave your wallet at home.

In celebration of Black History Month, the Oscar-nominated film will be screened twice a day for free at 250 participating AMC Theater locations from February 1-7, according to Disney.

The company also announced a $1.5 million grant to the United Negro College Fund.

"Black Panther is groundbreaking for many reasons, including the rich diversity of voices behind its success," Bob Iger, chairman and chief executive officer of The Walt Disney Company, said in a statement. "The story also showcases the power of knowledge to change the world for the better, and the importance of ensuring everyone has access to it."

On Sunday, the cast of "Black Panther" won the award for best ensemble in a dramatic film at the SAG Awards. It is the first superhero film to earn the honor.