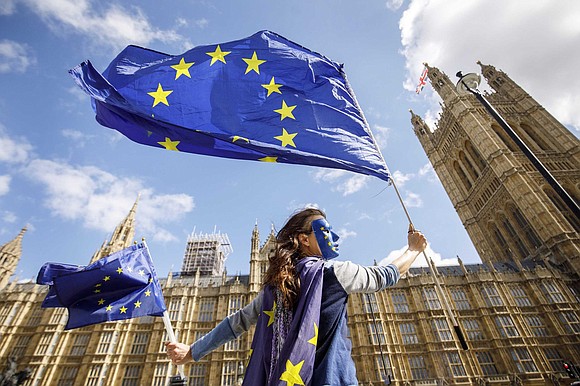 McDonald's (MCD), KFC (YUM) and Pret a Manger have joined with UK supermarkets to warn that crashing out of the European Union will result in "significant" disruptions to their supply chains.

(CNN) -- McDonald's, KFC and Pret a Manger have joined with UK supermarkets to warn that crashing out of the European Union will result in "significant" disruptions to their supply chains.

The companies said in a letter sent to UK lawmakers on Monday that they will not be able to maintain the "choice, quality and durability" of food if Britain leaves the bloc without an exit agreement in place that protects trade with Europe.

"While we have been working closely with our suppliers on contingency plans it is not possible to mitigate all the risks to our supply chains," they wrote.

In addition to the fast food makers, the letter was signed by representatives of most of the country's biggest supermarket chains and the British Retail Consortium.

The United Kingdom is scheduled to leave the European Union in just 60 days. But UK lawmakers have rejected the exit deal negotiated by Prime Minister Theresa May, and companies are worried about a disorderly Brexit.

The food suppliers warn that crashing out of the European Union would "greatly increase import costs" and "put upward pressure on food prices." They said that new tariffs would have a "devastating impact" on UK farmers.

The companies said they are stockpiling goods where possible, but "all frozen and chilled storage is already being used and there is very little general warehousing space available."

In response, a spokesperson for the prime minister said the United Kingdom has a "high level of food security built upon a diverse range of sources including strong domestic production and imports."

Companies across the United Kingdom are clamoring for clarity on Brexit.

Airbus said last week that it would be forced to redirect future investment if Britain crashes out of the European Union. Ford said that a 'no-deal' Brexit would cost it $800 million in 2019.

Sony said it would move its legal base in Europe from London to Amsterdam because of uncertainty over Brexit. Financial services firms are moving $1 trillion in assets out of the country.

On Tuesday, May will return to parliament to outline her Brexit "plan B." Lawmakers will also table amendments to May's motion in an attempt to carve it into a shape that could command a majority.

The most important amendments would see parliament attempt to take control of the process if May fails to get a deal through.

The letter from food producers urges lawmakers to avoid crashing out.

"We are ... asking you to work with your colleagues in parliament urgently to find a solution that avoids the shock of a no-deal Brexit on 29 March and removes these risks for UK consumers," it said.