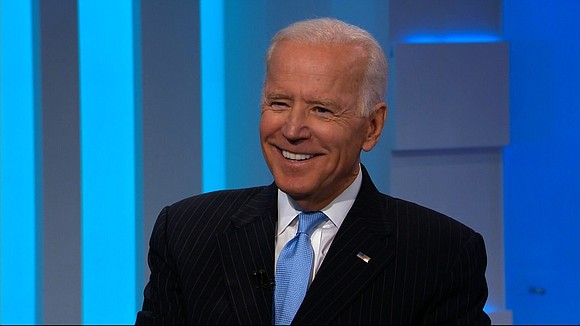 However, a majority of Democrats and Democratic-leaning voters remain undecided about which candidate they want as their party's nominee to take on Trump, whom a majority will "definitely not vote for" if he's up for re-election, the Post-ABC poll out Tuesday showed.

When asked the open-ended question of whom they'd support in a primary or caucus today, Biden, who has not yet announced whether he's running in 2020, was the person most named by 9% of Democratic-leaning voters. Harris, a Democratic senator from California, was named by 8%.

Forty-three percent of Democrats and Democratic-leaning voters said they have no opinion. Another 7% said no one or none of the current candidates, 4% said anyone, and 1% said someone new.

The poll was conducted before Harris officially launched her 2020 presidential campaign on Sunday.

As there is no clear Democratic frontrunner, the Post-ABC poll also shows reelection troubles for Trump.

Fifty-six percent of all Americans said they would "definitely not vote for" Trump should he be the 2020 Republican nominee.

One in four Republicans and Republican-leaning voters approve of Trump's job performance, yet nearly 1 in 3 say they'd like the Republican Party to nominate someone other than Trump to be its 2020 candidate for president.

Even though he's a Republican, Trump was mentioned by 4% of Democrats and Democratic-leaning voters as the candidate they'd support today. Independent Sen. Bernie Sanders of Vermont also got 4%.

Former Texas Rep. Beto O'Rourke, who lost a bid for Senate this past election, was named by 3%.

Others named included former first lady Michelle Obama, who has said she's not running, and Sen. Elizabeth Warren of Massachusetts, who has announced a presidential exploratory committee, at 2%.