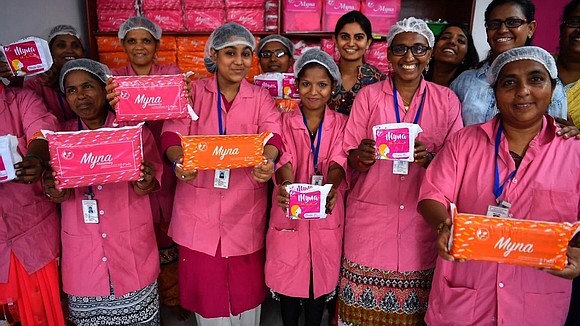 Indian startup Zomato is giving six months of paid leave to all new parents among its 5,000 corporate employees worldwide.

(CNN) -- Indian startup Zomato is giving six months of paid leave to all new parents among its 5,000 corporate employees worldwide.

The restaurant delivery service announced the policy earlier this week. It will apply to men as well as women employed by the company in 13 countries, and will also be available to "non birthing parents, and in cases of surrogacy, adoption, and same-sex partners," CEO Deepinder Goyal said in a blog post.

Zomato will also give new parents $1,000 per child, he added.

But the new benefits won't apply to the company's 180,000 delivery drivers, most of whom are in India.

Goyal said the policy was aimed at solving a problem facing companies around the world — a lack of women in senior leadership roles.

"A lot of that imbalance at the top stems from an unequal leave policy for men and women when they welcome their children to this world," he said.

A lack of women in work is an acute problem in India. Only 22% of the country's workforce is female, according to the latest data from the World Bank, one of the lowest rates in the world. India lags behind countries such as Sudan, El Salvador and Afghanistan.

The Indian government tried to make it easier for women to work by doubling mandatory paid maternity leave to six months in 2017, but many say the generous policy is a double-edged sword that could deter companies from hiring women in the first place.

Zomato hopes to address that issue by making sure new fathers also get time off to care for their children. The company is one of India's biggest startups, and is reportedly valued at $3.6 billion.

"A world where both parents are allowed, rather encouraged to assume equal responsibility is a fair start," Goyal said.

Zomato claims to be the first Indian company to offer both maternity and paternity paid leave, though global furniture giant Ikea instituted a similar policy for its Indian employees two years ago. In Ikea's home country, Sweden, companies are required to give new mothers 16 months off — of which three months are reserved for the fathers.

"We also wish that governments across the world institutionalized paid parental leave," he said. "It's time all major organizations took a step towards this much needed way of life."