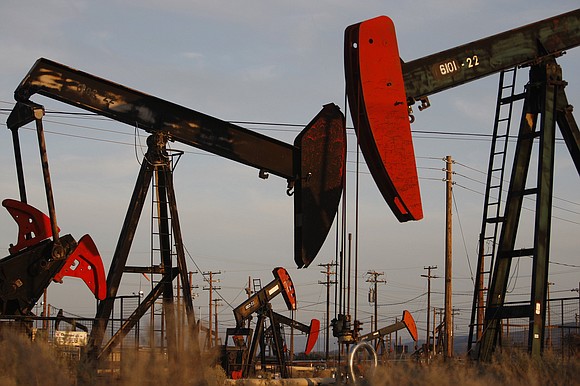 The epic American oil boom is just getting started. OPEC, on the other hand, is stuck on the sidelines.

(CNN) -- The epic American oil boom is just getting started. OPEC, on the other hand, is stuck on the sidelines.

The surge in American barrels — led by the Permian Basin in West Texas — has offset oil blocked by US sanctions on Venezuela and Iran. But all of that US oil is also contributing to a supply glut that last week sent crude into another bear market.

OPEC has been forced to scale back its output — a trend that could continue as the cartel tries to prop prices back up.

"We continue to see the Permian representing the key driver of global oil supply growth for the next five years," Goldman Sachs analyst Brian Singer wrote to clients on Monday.

The shale oil revolution has made the United States the world's leading producer, surpassing Saudi Arabia and Russia.

The ferocity of the US shale oil revolution has caught analysts off guard several times over the past decade.

Rystad Energy ramped up its year-end US output forecast by 200,000 to 13.4 million barrels per day. In May, the United States likely produced a record 12.5 million barrels of oil per day, the firm added. All but four million of those barrels were from shale oilfields.

That growth is expected to continue. The United States is on track to end 2020 by producing 14.3 million barrels per day, Rystad projects. That's slightly higher than the firm previously estimated and nearly triple 2008's output.

Of course, analysts could have to rein in those blockbuster forecasts if oil prices crash significantly further. That would force American frackers to preserve cash and pull back on production.

OPEC remains in retreat as the cartel tries to balance the market by putting a floor beneath prices.

OPEC's oil production tumbled to 29.9 million barrels per day in May, the lowest level in more than five years, Rystad said. OPEC output is down 2.6 million per day since October 2018 — the month before oil prices crashed into the last bear market.

Khalid al-Falih, Saudi Arabia's energy minister, said on Friday that OPEC is close to a deal to extend its production cuts. Those cuts, which Saudi Arabia has borne the brunt of, are due to expire at the end of June.

"We think that OPEC will at least maintain its output cuts, and maybe even deepen them at their next meeting," Caroline Bain, chief commodities economist at Capital Economics, wrote in a note to clients on Monday.

Rystad dimmed its projection for Saudi Arabia's oil production from 10.6 million barrels per day to 10.3 million.