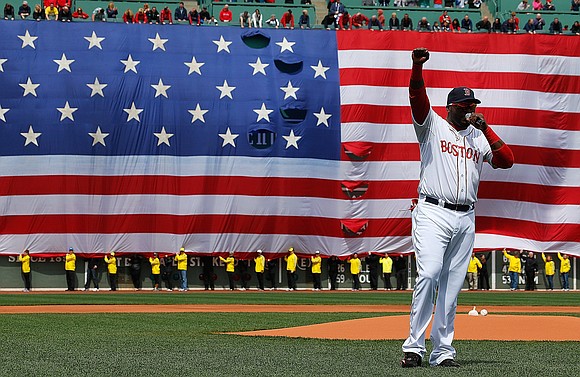 (CNN) -- When it comes to baseball, you can't get much bigger than Big Papi.

Former Red Sox star and Boston legend David "Big Papi" Ortiz was shot Sunday night in his native Dominican Republic. Ortiz is in stable condition and "out of danger," the Dominican National Police said. But you can bet every sports fan and New Englander on this planet will be lighting a prayer candle for the beloved slugger.

If you're somehow not familiar with Big Papi, here's what you need to know to understand why everyone is so shaken up by the news.

He's one of the best in baseball -- ever

Sure, everyone thinks Ortiz is a great guy, but don't let that distract you from the fact he was also a really, really great baseball player.

Ortiz, 43, played for 20 seasons in the MLB, which is an eternity in baseball time. He's best known for the 14 years he spent with the Boston Red Sox, where he helped end the so-called Curse of the Bambino by winning the World Series in 2004.

During his storied career, Ortiz hit 541 home runs, landing him at No. 17 on the list of all-time home run leaders. Because of his powerful left-handed swing and his reputation as a true sports folk hero, Ortiz is often compared to Babe Ruth.

He was there for Boston in one of its darkest hours

In 2013, months before the Red Sox made their push for World Series glory, the city was shaken by the Boston Marathon bombings. Before playing at Fenway Park for the first time after the tragedy, Ortiz took the field and delivered an ad hoc speech that's already gone down in Boston history.

"This jersey that we wear today, it doesn't say 'Red Sox.' It says 'Boston,'" he told the crowd, before thanking city officials for their work in the difficult aftermath of the attack.

"This is our f*ing city. And nobody's going to dictate our freedom. Stay strong."

He has one of the most enduring nicknames in sports

When you say Big Papi, everyone knows exactly who you're talking about. Even fellow New England sports great Tom Brady doesn't have that kind of singular recognition.

There are a few theories as to how he got such an enduring moniker, but Ortiz himself told Stephen Colbert that it was because, well, he's not very good at remembering names.