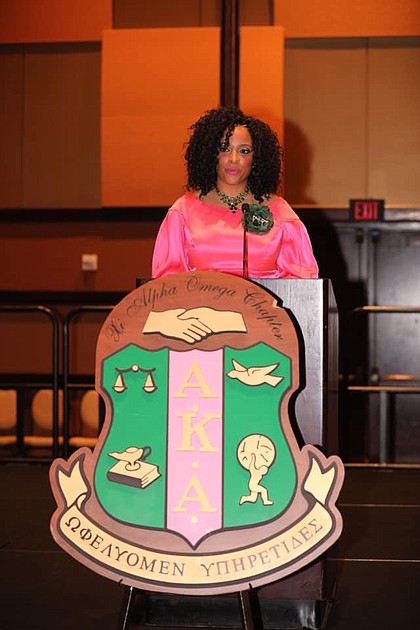 The Featured Speaker for the Celebration was Dr. Shawn E. Simmons, AKA International Impact Day Coordinator, Ivy League Educational & Charities Foundation Chairman and Former Xi Alpha Omega Chapter President. Dr. Simmons’ keynote address focused on leadership, service, and sisterhood topics under the “Escape Room” theme. She encouraged the new members to “recognize the strengths of our team and know when to lead from the front or support from the back”. Dr. Simmons continued, “We all have the key in us. When you use the key to unlock your potential, you help create an environment where everyone is performing at an extraordinary level. And when that happens, we make the chapter better, our community benefits, this region will rise, and our Sorority exemplifies Excellence!”

Under the leadership of Xi Alpha Omega Chapter President, Ms. Tracey R. Lewis and 2nd Vice President and Membership Chairman, Mrs. Pauline T. Allen, these 47 new members are poised to be Supreme in Service to all mankind.