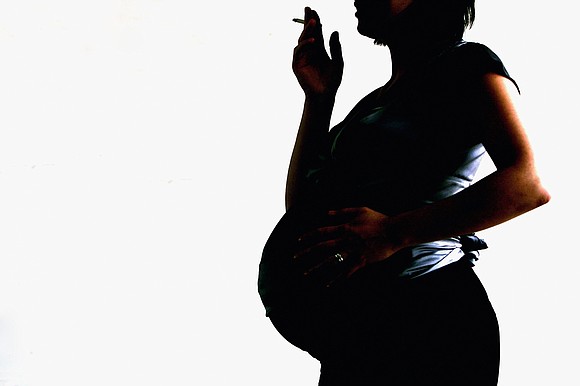 Smoking even one cigarette a day during pregnancy can double the chance of sudden unexpected death for your baby, according to a new study analyzing over 20 million births, including over 19,000 unexpected infant deaths.

(CNN) -- Smoking even one cigarette a day during pregnancy can double the chance of sudden unexpected death for your baby, according to a new study analyzing over 20 million births, including over 19,000 unexpected infant deaths.

The study, published Monday in the journal Pediatrics, analyzed data on smoking during pregnancy from the US Centers for Disease Control and Prevention's birth/infant death data set between 2007 and 2011 and found that the risk of death rises by .07 for each additional cigarette smoked, up to 20 a day, a typical pack of cigarettes.

By the time you smoke a pack a day, the study found, your baby's risk of unexpected sudden death has nearly tripled compared with infants of nonsmokers.

"One of the most compelling and most important points that I would take away from the study is that even smoking one or two cigarettes still had an effect on sudden infant death," said pulmonologist Dr. Cedric "Jamie" Rutland, a national spokesman for the American Lung Association.

"Every cigarette counts," said lead study author Tatiana Anderson, a neuroscientist at the Seattle Children's Research Institute. "And doctors should be having these conversations with their patients and saying, 'Look, you should quit. That's your best odds for decreasing sudden infant death. But if you can't, every cigarette that you can reduce does help.' "

Sudden infant death syndrome, known as SIDS, was a frightening, unexplained phenomenon for parents for decades until research discovered a connection between a baby's sleeping position and the sudden deaths. If babies between 1 month and 1 year of age were put to sleep on their stomachs, the risk of dying of SIDS doubled, according to the American Academy of Pediatrics.

The introduction of the "back to sleep" campaign in 1994 educated parents about the dangers, and the rate of deaths dropped by about 50% when parents began putting babies to sleep on their backs. That was soon followed by recommendations to remove bumpers, blankets, toys and other potentially suffocating clutter from the crib.

But while the numbers of babies dying of SIDS decreased, two other types of sudden infant death -- ill-defined causes and accidental suffocation -- have risen over the past two decades, Anderson said, bringing total deaths to approximately 3,700 a year.

The link to smoking

Research has shown a direct link between mother's smoking and SUID. According to the American College of Obstetricians and Gynecologists, 23% to 34% cases of SIDS and 5% to 7% of preterm-related infant deaths can be attributed to prenatal smoking.

The costs to children born to smokers are also high. Research has shown a connection between smoking during pregnancy and a higher risk of asthma, infantile colic and childhood obesity. Even secondhand smoke is dangerous to the developing fetus, increasing the risk of low birth weight by as much as 20%.