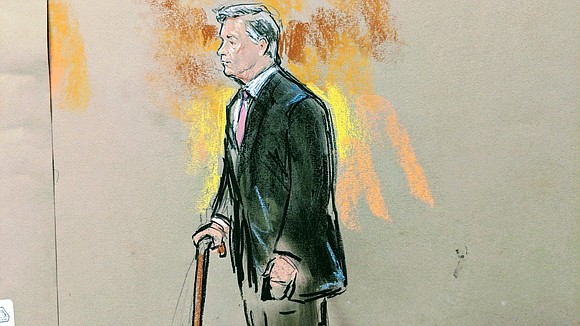 (CNN) -- Paul Manafort's final date with his legal destiny on Wednesday -- barring a presidential pardon -- is sure to show why impeachment talk will not be quelled by House Speaker Nancy Pelosi's fresh attempts to tamp it down.

The former Trump campaign chairman is set to appear in court in Washington in a sentencing hearing that will mark a rare moment of closure for Robert Mueller's special counsel investigation, which still has multiple open loops.

The appearance is certain to spark a new round of intrigue and speculation about the ultimate destination and implications of the Russia inquiry, which has embroiled President Donald Trump since his first days in office and poses a serious threat to his presidency.

The fallout from the hearing may show just how difficult it will be for Pelosi to keep liberal demands for impeachment in check.

That's because the President will likely find it almost impossible not to weigh in on what happens in the courtroom. His comments and criticism will revive the question of whether he is planning a pardon for Manafort and potentially other indicted associates, the prospect of which plays into allegations of obstruction of justice and abuse of power.

Pelosi tried to temper surging talk that her party could try to oust Trump -- stimulated by its liberal grass roots and Republicans seeking a political opening -- with a pointed comment this week.

She told The Washington Post that Trump is "not worth" impeaching. She also warned that such a step is not currently contemplated, despite the multiple investigations targeting the President led by Democratic House committees.

The speaker is just being prudent, first of all, given her crucial institutional role in the US system of government.

But she also is politically wise to defuse an issue that could harm her party if not handled with great sensitivity. Additionally, she made a veiled point about what may be a better strategy for Democrats: to build a case against Trump and get rid of him in 2020, rather than in the deeply divisive process of impeachment.

"If Robert Mueller's report shows a clear violation of the Constitution and clearly shows that President Trump has gotten in the way of democracy in a way that's impeachable, that's a whole other story," Rep. Cheri Bustos, D-Illinois, said on CNN's "New Day."

"But what she's saying is let's stay focused on what we need to get done for the American people," Bustos said, by way of explanation for Pelosi's tactics.

The Manafort hearing follows political uproar sparked last week when a judge in a parallel case in Virginia handed him only 47 months in jail for multimillion-dollar tax and bank fraud convictions.

The punishment was far below federal sentencing guidelines -- and public expectations -- but it is generally on par with other fraud cases.

Trump reacted to the judgment by expressing sympathy for all Manafort had gone through -- implicitly opening up the question of a potential pardon -- while saying he felt "very badly" for the former international lobbyist.