No link between diet and dementia? Not so fast 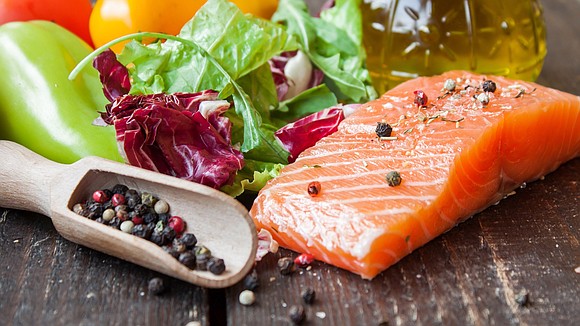 Certain diets, like the Mediterranean diet, have sometimes been associated with better cognitive outcomes, but some studies have found no link between what people eat and their risk of dementia -- like one published in the medical journal JAMA.

(CNN) -- When it comes to diet and dementia, the research can seem like a mixed bag.

Certain diets, like the Mediterranean diet, have sometimes been associated with better cognitive outcomes, but some studies have found no link between what people eat and their risk of dementia -- like one published Tuesday in the medical journal JAMA.

The new study showed "no significant association" between how well people ate during midlife and how likely they were to get dementia. But some experts pushed back at the lack of an association, focusing on how the authors measured what "healthy" was.

The study relied on self-reported food surveys to score the relative healthiness of participants' diets. The authors looked at two scales: the Alternate Healthy Eating Index and Mediterranean diet scores, basing their primary conclusions on the former.

"Getting a high score on this scale ... doesn't necessarily mean to me that a person followed a brain-healthy diet," said neurologist Dr. Richard Isaacson, director of the Alzheimer's Prevention Clinic at Weill Cornell Medicine and NewYork-Presbyterian.

Isaacson, who was not involved in the new study, said the way it measured healthy eating harkens back to how doctors used to think about what was healthy -- as with the now-dated food pyramid. It "lumps together" foods that are known to benefit brain health, such as leafy green vegetables, with foods such as beans, with an impact that's unknown, he added.

Study author Tasnime Akbaraly wrote in an email that the primary scale "is based on a set of specific and limited food groups and might not cover all aspects of a 'healthy' diet ... and may not be adapted to the dietary habits of all populations." However, the study showed consistent results over a long period of time, following people for a median of nearly 25 years. Most observational studies on diet and cognitive health, she added, cover much shorter windows.

But in the new study, it's not like what people ate didn't matter. The authors found that healthier diets were associated with lower mortality risks, in line with previous research.

"Not evidencing an association between midlife diet and dementia does not mean that diet does not matter on cognitive health," said Akbaraly, a researcher at Inserm, the French National Institute of Health and Medical Research, at the University of Montpellier in France.

The study also found a "slight decrease in diet quality in the years preceding dementia diagnosis [which] suggests that unhealthy diet could be part of the cascade of changes occurring in the preclinical phase of dementia," said Akbaraly, also an honorary researcher at University College London.

Isaacson said the research is strong, in a sense, for how long it followed participants, but it's always important to look at who's being studied for commonalities in diet, exercise, stressors, education level and other factors that could skew the data one way or the other.

In this case, the new study included more than 8,200 London-based civil servants, over two-thirds male and predominantly white. Among them, there were 344 recorded cases of dementia. The study used electronic medical records to identify cases of dementia, which the authors said could overlook milder cases that haven't been diagnosed yet. But it also also allowed them to evaluate everyone they recruited for the study, rather than just those who showed up for follow-up visits.

"It is already well known that within this cohort there were marked differences in health according to their social position, with the higher grades of civil servants having better health and the lowest grades having the worst health," Tom Sanders, professor emeritus of nutrition and dietetics at King's College London, said in an emailed statement.

"What we don't know is anything about the nutritional quality of the diets and the linkage of dietary choice with other aspects of lifestyle such as smoking and alcohol intake," Sanders added, "both factors known to increase risk of dementia."

When it comes to dementia risk, experts say that what you eat is only part of a very complex equation.

"It would be wrong to suggest that diet in middle-age is not important," Sanders said.

Experts have estimated that a third of dementia cases may be preventable through lifestyle changes including diet, exercise, quitting smoking and getting enough sleep.

"You can't just eat a magic blueberry or follow a certain diet and think that your likelihood of Alzheimer's is going to go away," Isaacson said. "People take different roads to Alzheimer's disease and dementia."