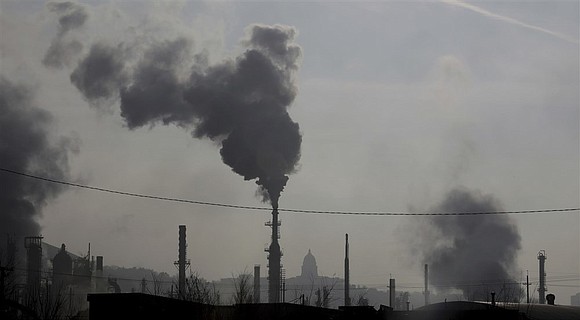 African-Americans and Hispanics breathe in far more deadly air pollution than they are responsible for making, a new study said. A study looked at who is exposed to fine particle pollution — responsible for about 100,000 American deaths a year — and how much different races are responsible for the pollution based on their buying, driving and living habits. Scientists calculate that Hispanics on average breathe in 63 percent more of the pollution that leads to heart and breathing deaths than they make. For African-Americans, the figure is 56 percent, according to a study published in the Proceedings of the National Academy of Sciences. Non-Hispanic whites on average are exposed to 17 percent less air pollution than they make.