Mixed martial arts fighter Conor McGregor has announced his retirement from the sport, posting the news on Twitter. 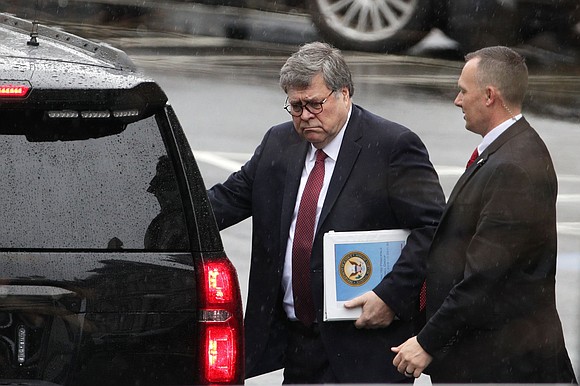 Attorney General William Barr wrote a memo in June 2018 that said he thought the obstruction investigation was, "fatally misconceived."

Trump went on to nominate Barr to lead the Justice Department on a permanent basis after Trump fired Attorney General Jeff Sessions in early November. As CNN reported in December, Barr's June 8, 2018, memo offers a detailed analysis of one of the most consequential episodes of Trump's presidency, concluding that while he was "in the dark about many facts," special counsel Robert Mueller's obstruction inquiry was "fatally misconceived."

In his memo, Barr added that Trump asking then-FBI Director James Comey to let go of the investigation into former national security adviser Michael Flynn and later firing Comey was within his powers as head of the executive branch.

Barr's memo from last June took on heightened relevance Sunday, when he issued a letter to Congress offering his summary of Mueller's report.

Barr's letter on Sunday said Mueller's report addresses obstruction of justice and "did not draw a conclusion one way or the other as to whether the examined conduct constituted obstruction."

Barr said both he and Deputy Attorney General Rod Rosenstein determined the evidence from Mueller was "not sufficient" to support a prosecution of the President for obstruction of justice.

Barr addressed the memo in his prepared testimony for his confirmation hearing in January, saying there that his memo "was narrow in scope," regarding "a specific obstruction-of-justice theory under a single statute that I thought, based on media reports, the special counsel might be considering."

During the confirmation process, Barr acknowledged sharing the memo with nearly all of Trump's lawyers as well.