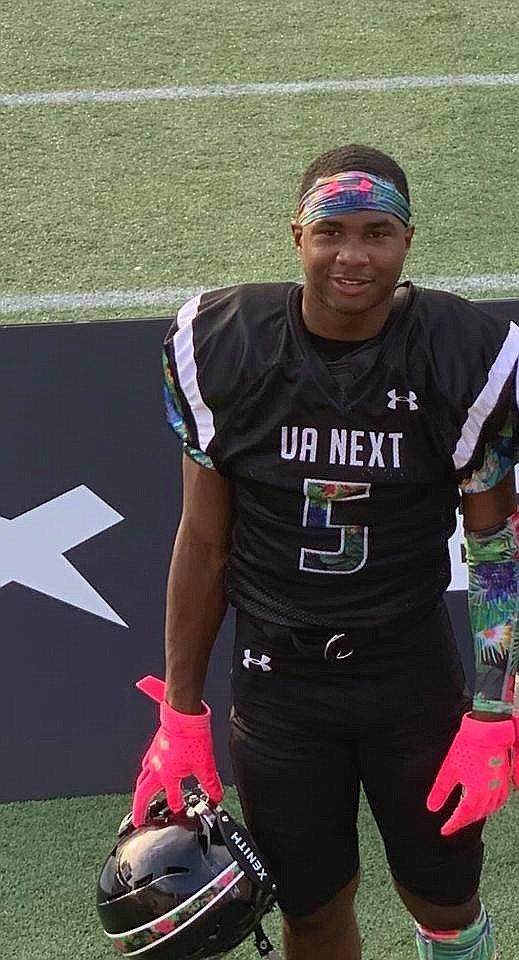 (CNN) -- Jaylon McKenzie had plans of going to the NFL.

The 14-year-old from Belleville, Illinois, was an eighth-grader who already had college offers from University of Missouri and University of Illinois. He was featured in the Future Issue of Sports Illustrated in November 2018 along with five other teen sports stars. He wanted to be a pro star in California, playing for either the Los Angeles Rams or Chargers.

Those dreams died late Saturday when Jaylon was shot and killed at a party, his mother, Sukeena Gunner, told CNN.

Around 11:40 p.m. Saturday night, Illinois State Police said in a release, numerous law enforcement agencies responded to reports of a disturbance and shots fired at a large party in Venice, near the Illinois-Missouri border.

Jaylon had been at that party when a fight broke out, Gunner said. Jaylon walked outside to leave the party, and a stray bullet hit him. He and a 15-year-old girl were taken to a hospital where Jaylon died a short time after, police said. The girl is in critical condition, police said.

East St. Louis School District 189, where Jaylon was a student, confirmed that some of its students were shot at the party Saturday night.

"School District 189 has learned that a few of our students were shot at a house party in Venice, IL at some point Saturday night," a statement from the district read. "Few details are clear at this point. We do know that our youth, families and school staff have dealt with a number of tragedies and incidents of violence this year. We request space and time for them to appropriately grieve and come to terms with this latest impact of violence."

Gunner told CNN Sunday that her family was usually traveling every weekend for some type of football-related activity.

Because Jaylon played on a summer travel football team, played in basketball and ran track, he didn't usually attend parties.

But May was slower, she said, so Jaylon had more free time.

"They stopped by the party, not with any intentions to staying long," she said. They were there to pick up something from a friend, she said.

Around midnight she received a call from Jaylon's brother with the news.

"I just started screaming," she said. "I just prayed and asked the Lord not to take my baby."

Gunner said she and the family are having a hard time coming to terms with Jaylon's death.

"It's very hard," she said. "It's still like a bad dream, like I'm gonna wake up in the morning and my baby's gonna be smiling at me asking for something to eat like he always does."

Jaylon was the youngest of five children, Gunner said.

The middle-schooler always loved football. His first word was "ball," according to his mother.

"He just loved the ball. From the moment he was able to walk and catch, he just wanted the ball," she said.