Once Homeless, Black Doctor Tells His Story of Beating the Odds in New Film 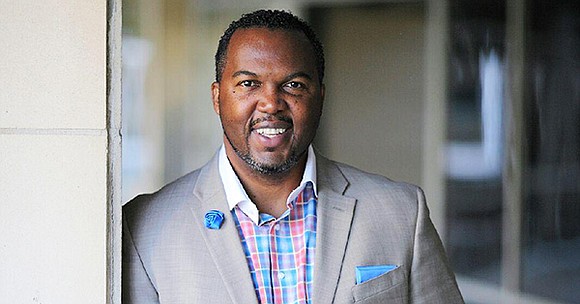 Nationwide — Dr. Tommy Watson is sharing his empowering life story in a new film called Resilient that is scheduled to start filming in Charlotte, NC in the summer of 2019. Based on his award-winning book A Face of Courage: The Tommy Watson Story, the film tells the story of Watson’s inspiring journey from homelessness, abandonment and childhood neglect to successful Big Ten football player with hopes for the NFL and later a fulfilling career as a school principal and motivational speaker.

Watson’s parents were heroin addicts and shoplifters. He grew up in the Five Points area of Denver, Colorado, a crime-ridden neighborhood wrought with gang violence, drugs and poverty. Living in this type of neighborhood would create any number of obstacles and challenges for a young person. However, Watson’s biggest challenges were faced behind closed doors. Watson says that he and his siblings “paid a hell of a price” due to the actions of their drug-addicted parents. Fortunately for Watson, he was able to rise above the odds that consumed his parents, siblings, and many friends.

Despite being in foster homes, living in 7 different motel rooms, being homeless as a senior in high school and without any parental supervision, protection or support, Watson overcame challenge after challenge and became an utter success!

Resilient will shine the light on childhood homelessness by looking through the life of Tommy Watson whose parents were arrested 121 times by the time he was a senior in high school, in the midst of being recruited as one of the top football players in America. “The purpose of writing and producing the movie was to inspire others to be their best selves regardless of the challenges they face in life,” explains Dr. Watson. “I want people to know that our stories, good or bad, make us who we are and what we decide to become.”

Here’s what the media is already saying about Dr. Watson’s story:

“Watson had the guts… he had within himself the characteristics necessary to succeed.” — The Denver Post

“He [Watson] is a reminder of what you can do to achieve seemingly impossible dreams.” — Omaha World Herald

“Tommy is a character to root for, and it is easy to invest in his journey towards a better future. The story is moving and has a lot of heart, a solid tale of resilience and hope.” — The Black List

Resilient, similar to the films Blindside and Pursuit of Happyness, depicts a homeless Tommy Watson willing to do whatever it takes, and against all odds to rise above his circumstance and flourish. The powerful message of his story is that if he can do it, then maybe there is a chance for anyone.

Dr. Tommy Watson is the author of two books, A Face of Courage and The Resilience of Champions. Learn more about his incredible story at www.tommyresilient.com