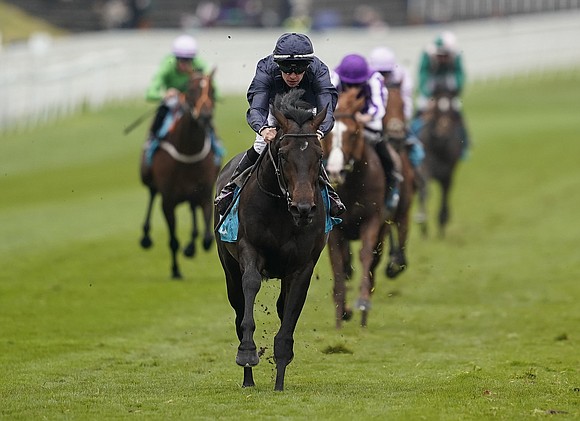 Sir Dragonet is one of the favourites for this year's Derby.

(CNN) -- Billed as Britain's richest race, the Epsom Derby is the stand-out fixture on the social and sporting calendar.

And at this year's illustrious race, which invites the very best three-year-olds in thoroughbred racing to take one shot at winning, history could be made.

Acclaimed trainer Aidan O'Brien, described as a "genius" earlier this month when he became the first trainer in nearly 200 years to win the 2,000 Guineas three times in a row, is aiming to saddle a record-equaling seventh winner of the race.

The 13 runners and riders are now confirmed for Saturday's showpiece spectacle, which is run over a mile-and-a-half and carries a prize fund of at least $1.9 million, with the winner claiming just north of $1 million.

Held at Epsom Downs Racecourse every year since 1780, save from the World War years, the race is a rare test in terms of both speed and stamina.

"It is the ultimate test of the three-year-old thoroughbred," Phil White, regional director of Jockey Club racecourses, told CNN Sport's Winning Post in 2018.

"That's due to the undulations of the ground, and the course itself is unbelievably challenging."

The tough course features a long uphill drag out of the starting gates, a left-hand bend, a downhill gallop into the straight before a lung-busting uphill finish.

O'Brien will have seven horses lining up at the post with Sir Dragonet expected to perform best.

If his prized asset doesn't provide the goods, the Irishman can fall back on one of Broome, Anthony Van Dyck, Japan, Circus Maximus, Norway or Sovereign.

O'Brien has had six Derby winners during his stellar career and needs one more to join Robert Robson, John Porter and Fred Darling as the race's winning most trainer.

He will face tough competition on Saturday though, with the Hughie Morrison-trained Telecaster amongst the favorites after his late entrance into the race.

However, both Telecaster and Sir Dragonet will start the race out wide, breaking from stall two and eleven respectively, which often hampers a horse's chances in the Derby.

Elsewhere, trainer Charlie Appleby is looking for back-to-back Derby wins after watching Masar storm to victory in 2018 -- Godolphin's first victory in the race. He has Line Of Duty lining up in stall one this year.

Completing the field is British prospect Bangkok and outside bets Hiroshima, Humanitarian and Madhmoon.

As well as a blue ribbon in the sporting calendar, the Derby is also one of Britain's most iconic cultural events.

Since its inception, it has attracted both the upper echelons of English aristocracy -- the Queen herself has only missed two runnings since 1946 -- along with huge crowds made up of every level of society for a colorful day out on the Downs.