Safer or Scarier: How Will Children of Color Feel About Armed Teachers? 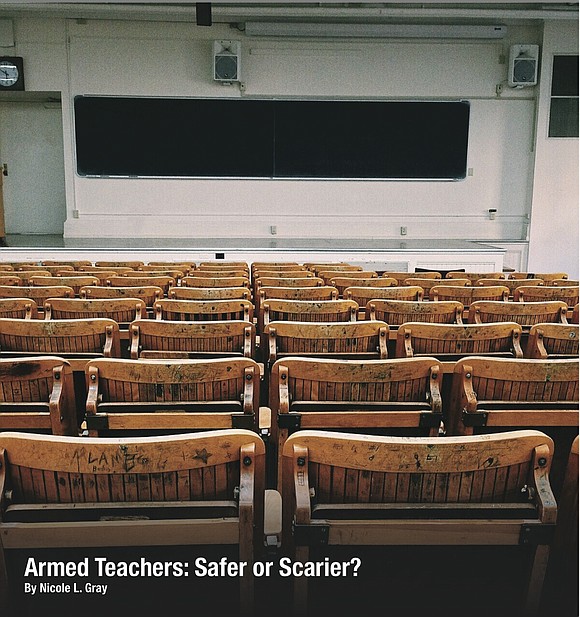 To be clear: I agree that immediate action is needed to protect our children from recurring gun violence in our schools. In fact, just two weeks ago I wrote a call to action, here, urging that “Our Schools Have Become Warzones, Our Children at the Front Lines: Question Is, When Are We, ‘The Adults, ‘ Going to Join Them?” Is the best course of action to put more guns in our schools without any restrictions on gun purchase or ownership though? Texas lawmakers seem to think so. Last Wednesday, the Texas Senate approved a bill which is expected to be signed into law by Gov. Abbot which will allows districts to arm more teachers and personnel through the state’s school marshal program. The current marshal program, which was put in place shortly after the 2012 shooting at Sandy Hook Elementary School in Newtown, Connecticut, allows districts to arm one marshal per 200 students or one per building. The new law removes the limitation on the number of armed marshals a school can have.

If you are thinking, adding guns will not make schools safer, you are not alone. Many teachers’ groups and gun control advocates worry that more guns in schools will lead to more incidents of violence. My greater concerns lie with children of color, especially those in the inner city. Will arming more teachers and personnel make them feel safer given: 1) children of color are disciplined at higher rates and more harshly than their white counterparts; 2) many have already been disenfranchised by an increase in law enforcement presence at schools in the wake of recent shootings; and 3) with no restrictions on gun ownership or purchase, who is to know if the teacher has intentions of being the mass shooter or worse, judge, jury, and executioner based on inherent racial bias.

First, there is a wealth of research, including federal data derived from the Civil Rights Data Collection as recent as 2018, which substantiates the discipline disparities between children of color and their white peers. However, a recent study conducted by researchers at Princeton University, and highlighted in the Forbes Magazine article, “Black Students 'Face Racial Bias' In School Discipline” linked, for the first time, ‘the greater likelihood of black students being punished at school with levels of racial bias in the surrounding community.’ Plus, we have all seen the headlines of seemingly innocuous incidents involving children of color escalate into criminal matters at school. Take the instance earlier this year where a Florida sixth-grader was arrested for a dispute with his substitute teacher over his right to refuse to recite the pledge of allegiance. Let that sink in; an 11-year old…was arrested…from school. These types of incidents and the new research stokes my fear in the progression of racial bias translating into that which has escalated in recent years and resulted in ‘justifiable’ homicides of boys and men of color by cops and civilians, alike. This contingency alone is enough for me to second guess this approach when viewing the possibility of armed teachers through the eyes of children of color.