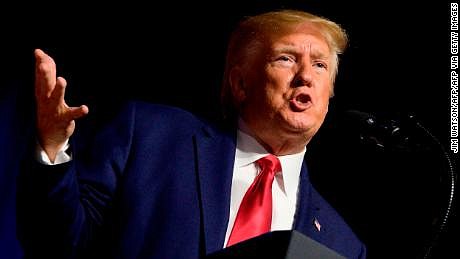 Democrats have launched a critical new phase of their impeachment investigation by releasing first transcripts of witness depositions as they seek to build a public case that President Donald Trump abused his power in a rogue foreign policy operation in Ukraine.

Three committees investigating the scandal released transcripts and summaries of closed-door interviews with the former US ambassador to Ukraine Marie Yovanovitch and Michael McKinley, a former senior adviser to Secretary of State Mike Pompeo.

The move signals the start of a shift from closed-doors investigation of Trump's covert Ukraine policy into an attempt to convince Americans that he should be removed from office in dramatic televised hearings.

Signs that the release of testimony was imminent prompted Trump to issue a torrent of personal abuse against House Intelligence Committee chairman Adam Schiff, that was extraordinarily personal even by his own standards.

"House Republicans must have nothing to do with Shifty's rendition of those interviews. He is a proven liar, leaker & freak who is really the one who should be impeached!" Trump tweeted.

In the testimony released on Monday, Yovanovitch said she was shocked and felt threatened after learning that Trump attacked her on a call with Ukrainian President Volodymyr Zelensky as "bad news."

"I didn't know what it meant. I was very concerned. I still am," Yovanovitch said in the interview conducted on October 11.

The release of testimony came after it became clear that at least six executive branch insiders due to give depositions over the next few days would not show up. But this week could still have a sting in the tail.

Former national security adviser John Bolton, a fiery figure who was recently fired by Trump, is due to testify on Thursday -- though there are doubts over whether he will appear.

A Bolton sighting would spark a frenzy since other witnesses have testified that he decried Trump's decision to outsource Ukraine policy -- a caper one former senior official said he referred to as a "drug deal."

No one could be sure what Bolton might say. Would he stay loyal to his former boss or to the iconoclastic approach to foreign policy that steered him through a colorful career in Washington?

"I like John Bolton. I always got along with him," Trump said Sunday, misrepresenting his relationship with the renowned Washington bruiser in a possible sign of concern about his potential testimony. Asked whether Bolton speak up, Trump replied: " ... that's going to be up to him."

But if executive branch officials due to testify this week do not show up, they may reach a point when there is little to be gained by holding off a more visible phase of the inquiry. Party leaders believe they already have a strong enough case to go ahead without holdout witnesses, though more evidence could further bolster their confidence.