The Tribute Event will Tape December 5, 2019 at the MGM National Harbor in Oxon Hill, MD and Broadcast on TV One on the Martin Luther King, Jr. Holiday, January 20, 2020 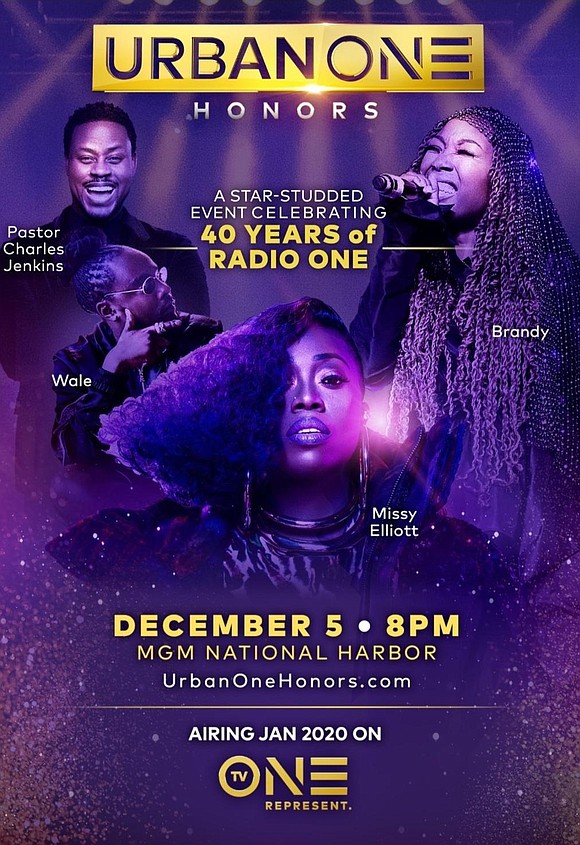 Urban One, Inc. announced today that Ford Motor Company will serve as Presenting Sponsor of the annual Urban One Honors. The tribute event will take place on December 5, 2019, at the MGM National Harbor in Oxon Hill, MD. Ford Motor Company is a global company that designs, manufactures, markets, and services automobiles and is pursuing leadership positions in electrification, autonomous vehicles, and mobility solutions.

This is Ford's inaugural year as an Urban One Honors sponsor. The automaker will present a backstage pass segment hosted by celebrity influencer Tai Beauchamp, as part of its participation. The specialty segment will take viewers behind the scenes of the broadcast and feature exclusive interviews with the show's honorees, performers, and presenters. Promotional units will message the partnership and drive tune-in to the broadcast, and a custom intro will lead into the telecast, debuting January 20, 2020, on the Martin Luther King, Jr Holiday.

Ford will also sponsor the Entertainment Icon Award, which will be presented to Oscar award-winning actor Jamie Foxx.

"We are thrilled to partner with such a dynamic company that understands the importance of celebrating the accomplishments of African Americans," said Rahsan-Rahsan Lindsay, TV One EVP of Ad Sales and Marketing. "As we celebrate the 40th anniversary milestone of Radio One, Ms. Hughes' contributions as a media pioneer and the impact of the honorees, the Ford brand demonstrates a commitment to excellence within their industry and communities they serve."

URBAN ONE HONORS is presented by TV One and Radio One's Washington D.C. market's cluster of radio stations: Majic 102.3 and 92.7; WKYS 93.9, Praise 104.1, WOL 1450, Spirit 1340, and The Team 980 and 95.9. The televised event will herald the accomplishments of individuals who have made extraordinary contributions in entertainment, media, music, education, and the community. It will also pay tribute to the 40-year history of Radio One, the radio division of the company, and its extraordinary founder, Cathy Hughes.

Tickets to Urban One Honors are available to the public and can be purchased at urbanonehonors.com.