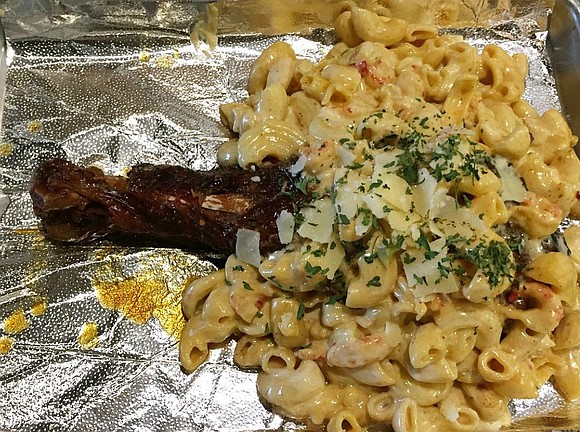 The Turkey Leg Hut (TLH) restaurant held a press conference at 11:00 am this morning, November 22, 2019, to respond to the allegations of a lawsuit filed by a handful of residential neighbors requesting an emergency and permanent injunction to stop the restaurant from preparing smoked turkey legs, claiming the restaurant is a public health hazard.

The Turkey Leg Hut plans to vigorously defend all allegations in this lawsuit.

The lawsuit, filed on Wednesday, November 20, 2019, sought an emergency injunction to prevent the restaurant from using smokers to prepare their turkey legs, both immediately and permanently.

“What is most puzzling to us is why the plaintiffs filed an emergency lawsuit now, the week before Thanksgiving, when the restaurant has been in operation for two years on Almeda,” said John Zavitsanos, Lead Counsel for the Turkey Leg Hut. “Thanksgiving is not only the biggest holiday of the year for turkey, the Turkey Leg Hut had previously announced they will be giving away 3,000 free turkey legs to families in the community on Monday, November 25th for Thanksgiving. Why would anyone want to deny food or assistance to those who need it by requesting an emergency injunction to stop the preparation of that food?”


Turkey Leg Hut founders and their attorneys are also bewildered that the plaintiffs filed this lawsuit one week after the Turkey Leg Hut publicly answered questions and shared their permits and construction plans to build a fully enclosed, ventilated structure over the smoking pit area to address the concerns from neighbors at the Museum Park Super Neighborhood Meeting on November 13, 2019. Oddly enough, a handful of neighbors present at that meeting opposed the construction of the pit enclosure that would solve the very issue this lawsuit is founded on.

In addition to the precarious timing of this lawsuit, the suit alleges the “air monitoring performed near the restaurant revealed high levels of pollutants that could pose a health risk”, as claimed by a private company hired by the plaintiffs.

This is an issue for the City of Houston Health Department, not a private company. The Turkey Leg Hut is actively working with the City of Houston to address any and all concerns to ensure they remain compliant with city ordinances, permits, and health department codes.

The owners of the Turkey Leg Hut have been actively working with the city since opening their restaurant on Almeda in December of 2017, not just to remain compliant, but because they love the neighborhood and have always taken additional steps to be a good neighbor!

The Turkey Leg Hut is a labor of love for founders Nakia and Lyndell Price. The couple started out barbequing turkey legs in a family-owned parking lot outside the Rodeo in 2015 and risked everything they had on their dream to open a restaurant in Houston. With a brand-new baby, and numerous obstacles along the way, the Price’s have built one of the most successful minority-owned businesses in Houston!

Despite the failed attempts of the lawsuit, the Turkey Leg Hut will be moving forward with their Thanksgiving Giveaway in partnership with Houston Professional Basketball Player Joe Young, on Monday, November 25, 2019! The restaurant will giveaway 3,000 Free Turkey Legs, beginning at Noon on Monday at the Turkey Leg Hut Express Truck, located next to the restaurant at 4830 Almeda Road.