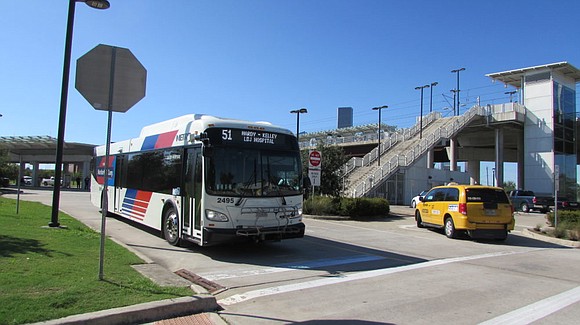 If you vote in Harris County, you’ll find a request on the ballot next month from the Metropolitan Transit Authority (METRO). The agency is asking voters to approve a $3.5 billion bond issue to expand bus and rail service and make other improvements. METRO says the plan is designed to get more riders on board as the region’s population grows. In turn, greater transit use would get more vehicles off the roads. While proponents agree the upgrades are needed, some opponents say METRO isn’t spending its money responsibly. METRO hopes to correct these kind of issues through the bond issue. The agency wants to combine that money with federal and local funds to address a long list of projects through its METRONext Moving Forward Plan. The plan includes a bus rapid transit line to Bush Intercontinental Airport, as well as a new light rail line to Hobby Airport.