Simone Biles Just Had Another Gravity-Defying Move Named After Her 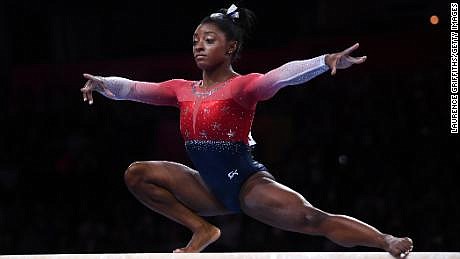 Simone Biles has done it again. And by it, we mean completing jaw-dropping moves that further proves she's pretty much the best gymnast who has ever lived. During the 2019 world championships in Stuttgart, Germany, over the weekend, Biles made history with two signature moves—on the floor and the balance beam—one of which will be added to the growing list of gravity-defying feats that will henceforth be named after her. (Biles already has a move on the floor and one on the vault named after her, per CNN.) For a move to be named after a gymnast, he or she must submit it for consideration and then land it at a major competition like the Olympics or the world championships, according to NPR. After that, the Federation of International Gymnastics (FIG), which governs the sport, must give its approval. During her floor routine, she landed a triple double—which is now officially dubbed the Biles II.