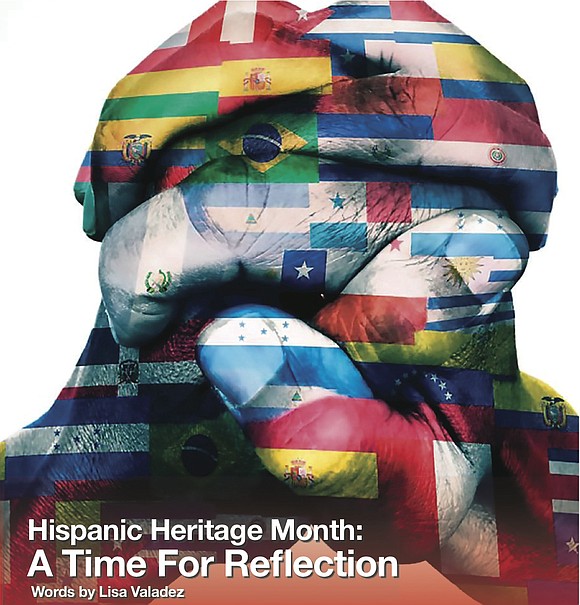 I am often excited when Hispanic Heritage Month comes around. My social media fun facts regarding the contributions of the Hispanic/Latinx communities tend to be a little overboard, but hey, somebody has to tell it since our public education history books don’t really do our people any justice. Correct me if I’m wrong here, but I believe we get a chapter on civil rights and farm labor leaders Cesar Chavez and Dolores Huerta, and let’s not forget Texas History’s rendition of Santa Anna and the Alamo. Why not Guillermo González Camarena, a Mexican electrical engineer who was the inventor of a color-wheel type of color television, and who also introduced color television to the world? Or what about Richard Montanez, the son of a Mexican immigrant, who invented Hot Cheetos while working as a janitor at Frito-Lay? Although it would be great to read more about our Hispanic/Latinx contributions while in school, let’s step up and do our part – learn more about these heroes and introduce them to the children ourselves.

In addition, while we are proudly educating the public on our peoples’ various contributions to the U.S., it’s important to have discussions regarding the incarceration of thousands of people feeling violence and wanting to come to the U.S. for a better and safer life. For the next month, many of us will read stories, see various images, and attend celebratory events observing Hispanic Heritage month; and while many will take part in celebrating our respective cultures, for others, this month is actually questionable. How are we to gleefully celebrate a month dedicated to the contributions of the Hispanic/Latinx communities while our very own government is locking up fathers, mothers, and children that are fleeing fear and despair from those same countries many of our ancestors are from? How are we supposed to celebrate ourselves, our cultures without fear that someone out there is harboring so much hate, enough hate to attempt to shoot us all just for being brown?

Is this really a time to celebrate? Are we choosing the blind eye route and electing to be ignorant to the fact that many are suffering not only emotional trauma of being locked up and separated from their families, but are also suffering physical illnesses, lack of legal representation, and much more? I wonder how we will see ourselves, years from now – did we do enough to stop this persecution of people seeking better lives? Is it ok to partake in street fest celebrations, art and dance demonstrations, food tastings, etc., while right down the street is probably a privately owned detention facility that is currently mistreating hundreds, if not thousands of our very own people?

It’s saddens me that I have more questions than answers. I thought that writing this op-ed would help me change my mind about celebrating this particular month. Honestly, I am at a complete stand still. Celebrate my ancestors’ contributions to this country and my home state of Texas? Or be angry that my state’s top leaders support a fear mongering administration that continues to spew vitriol about my people?

Whatever individual choices we make regarding Hispanic Heritage Month, whether we choose to celebrate or not, let’s start from the beginning. Here are some facts regarding the month long observation:

Yearly, from September 15 to October 15, the US observes National Hispanic Heritage Month to celebrate and highlight the culture, history, and contributions of the millions of American Hispanics whose ancestors derive from Mexico, Central and South America, the Caribbean, and Spain.

Enacted into law on August 17, 1988, the concept of “Hispanic Heritage” was originally a one-week observation that began during Lyndon Johnson’s presidency and eventually expanded by President Ronald Reagan.

The start date of Hispanic Heritage Month, which is September 15, is significant because this is the anniversary date of independence for the following Latin American countries: Costa Rica, El Salvador, Guatemala, Honduras, and Nicaragua. Both Mexico and Chile celebrate their independence on September 16 and September 18.

Interesting Facts About Hispanics and Latinos in the United States, the state of Texas, and the city of Houston: