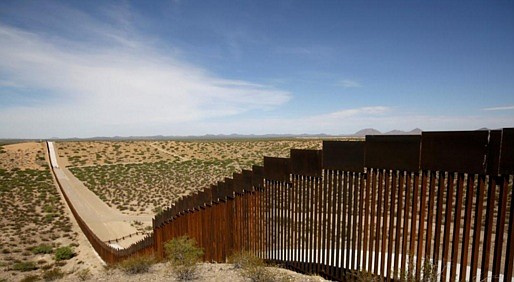 U.S. lawmakers clashed on Tuesday over funding for President Donald Trump’s border wall and women’s reproductive health programs, flashpoints that could threaten funding to keep the federal government operating beyond this month.

Last December, Trump’s insistence on money to build a wall on the U.S.-Mexico border to deter Central American immigrants, stymied passage of a wide-ranging government funding bill. It was opposed by Democrats and some Republicans and led to a record-long 35-day partial government shutdown that extended into January 2019.

The standoff ended when Trump circumvented Congress and declared a national emergency, which he said allowed him to divert money appropriated for other programs to construct the wall, a major plank of his 2016 election campaign.

With money for scores of federal agency operations expiring on Sept. 30 - the end of this fiscal year - lawmakers are now trying to agree to a series of new spending bills for fiscal 2021.

Senate Democratic leader Chuck Schumer said Senate Republicans were proposing to funnel $12.2 billion in domestic spending to the border. Thousands of immigrants have arrived at the southern U.S. border with Mexico in hopes of winning asylum or other protections.

Schumer said that $5 billion of the $12.2 billion would come out of Department of Health and Human Services programs, while the rest would be taken from military construction or veterans’ programs.

“They (Republicans) know darned well that $12 billion in additional money for the wall is not going to fly with Senate Democrats or the House of Representatives,” Schumer told reporters. Democrats control the House.

Last week, the Pentagon said funds were being diverted from schools and daycare centers for military families and other Defense Department programs to cover the $3.6 billion Trump wants for wall construction.

Also on Tuesday, a Senate Appropriations panel work session was abruptly canceled because of a dispute over an attempt by Democrats to reverse a new Trump administration “gag rule” that blocks medical providers receiving federal funding, such as Planned Parenthood, from talking to patients about abortion if they inquire about it.

Republican Senate Majority Leader Mitch McConnell accused Democrats of violating an agreement from earlier this year in which contentious “poison pill” amendments to spending bills would not be sought.

Democratic Senator Patty Murray, who was planning to offer an amendment rolling back the rule, is expected to pursue a vote on her amendment.