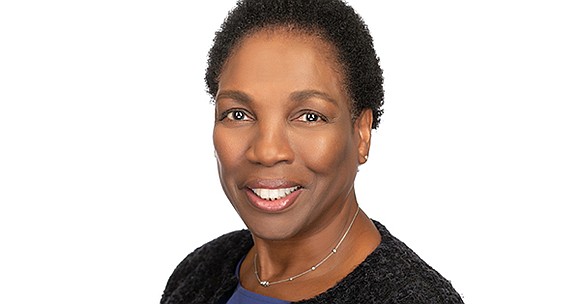 The Board for Certification of Genealogists is a nonprofit organization founded in 1964 as a professional credentialing body for genealogists. LaBrenda Garrett-Nelson is the first African American elected to lead the organization.

At its semi-annual meeting held on the 7th of September 2019 in Salt Lake City, Utah, the Board of Trustees of the Board for Certification of Genealogists (BCG) elected officers for the coming year. Those elected were:

A resident of Washington, DC., LaBrenda earned a BA from John Jay College of Criminal Justice, City University of New York, and both a Law degree and a Master of Laws degree from the New York University School of Law. She worked as a corporate tax attorney for thirty-five years, before retiring from a partner level position at the international professional services firm of Ernst & Young, LLP in 2013 and turning her attention to her longtime avocation of Genealogy.

She began serving as the co-chair of BCG’s Intellectual Property Committee in 2015, andwas elected as a trustee in 2016. Before her election as President she served two terms as the Treasurer of BCG where she has focused on streamlining BCG’s financial accounts. LaBrenda has been published in the AAHGS Journal as well as the National Genealogical Society Quarterly, among other publications. In 2016, she published A Guide to Researching African American Ancestors in Laurens County, South Carolina and Selected Finding Aids, a book that was widely hailed as a model for research in South Carolina and other states.

She was the mentor of ProGen 37, and the Salt Lake Institute on Genealogy 2019 Course Coordinator for “1619-2019: Four Hundred Years of African American Genealogy,” that institute’s inaugural African American Genealogy course She is also on the faculty of the Genealogical Research Institute of Pittsburgh and the Genealogical Institute on Federal Records. LaBrenda received the Utah Genealogical Association’s 2019 “Distinguished Service Award” ffor her instrumental guidance in support of new programs and codified policies for SLIG.