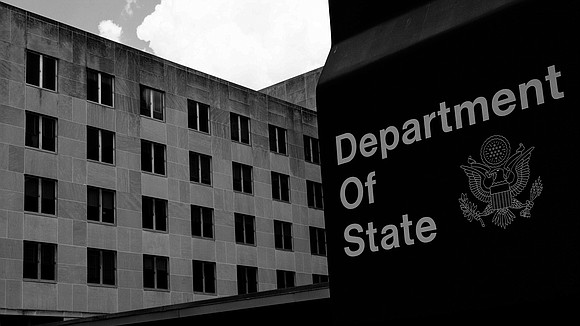 The acting State Department watchdog Stephen Akard has resigned after serving in the role for less than 3 months following the firing of the previous inspector general by President Donald Trump at the recommendation of Secretary of State Mike Pompeo./Credit: CNN Photo Illustration/Getty Images

(CNN) -- The acting State Department watchdog Stephen Akard has resigned after serving in the role for less than 3 months following the firing of the previous inspector general by President Donald Trump at the recommendation of Secretary of State Mike Pompeo.

State Department Office of Inspector General (OIG) staff were told of Akard's decision in an email Wednesday morning from one of the department's top officials, a source familiar with the departure tells CNN.

It is unclear why Akard is resigning. The email from Akard's deputy, Diana Shaw, said that he would be returning to Indiana.

The State Department and the State OIG did not immediately reply to a request for comment.

Akard, an ally of Vice President Mike Pence, was picked to replace Steve Linick who was fired late on a Friday evening in May. He worked under then-Indiana Gov. Pence as the head of the Indiana Economic Development Corporation.

The State Department and the State OIG are in their final negotiations over the release of their report into Pompeo declaring an emergency last year that allowed the administration to fast-track an $8 billion arms sale to Saudi Arabia and the United Arab Emirates for their war in Yemen over congressional objections, the source said.

The OIG was also investigating potential misuse of taxpayer resources by Pompeo and his wife at the time of Linick's firing. Pompeo has denied that his recommendation to remove Linick was retaliatory, and also denied he knew about the ongoing probes into his office.

In early June, he also told Democratic lawmakers investigating the circumstances of Linick's ouster that he had stepped away from his role as Director of the Office of Foreign Missions, but had not resigned.

"The Administration continues to cover up the real reasons for Mr. Linick's firing by stonewalling the Committees' investigation and refusing to engage in good faith. That stonewalling has made today's subpoenas necessary, and the Committees will continue to pursue this investigation to uncover the truth that the American people deserves," the lawmakers said in a statement Monday.

A State Department spokesperson called the claims of "stonewalling" "egregiously inaccurate" and claimed they had offered "good faith proposals to satisfy their oversight inquiry since May 28, 2020."

Linick told lawmakers that his office was looking into five matters of potential wrongdoing at the State Department, including the emergency arms sales and potential misuse of taxpayer resources.

"I can tell you that I don't believe there's any valid reason that would justify my removal," Linick told the lawmakers in a June 3 video interview that lasted almost seven hours. He would not speculate on Pompeo's reasons for moving against him. He added that he was "shocked" to learn he had been fired.

The OIG was also investigating potential misconduct by US Ambassador to the United Kingdom Robert Wood "Woody" Johnson. The Trump political appointee and billionaire NFL owner was investigated by the State Department watchdog after allegations that he made racist and sexist comments to staff and sought to use his government position to benefit the President's personal business in the UK, multiple sources told CNN. A public report on that has not been released.