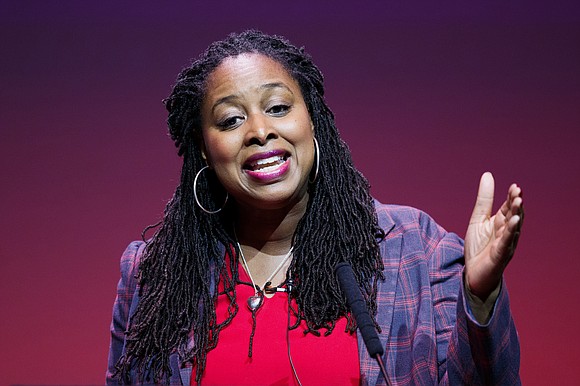 Dawn Butler said the incident on Sunday was an example of racial profiling by the police./Credit: Robert Perry/Getty Images

(CNN) -- A British Member of Parliament says she believes she was the victim of racial profiling, after she and a friend -- who are both Black -- were stopped by police while driving in London on Sunday.

Dawn Butler, an opposition Labour MP and former shadow equalities minister, was stopped by police while driving in the east London borough of Hackney.

She filmed herself telling police "the way you do it (stop and search) is wrong," adding "you cannot drive around and enjoy a Sunday afternoon whilst Black because you're going to be stopped by police."

Responding to reports of the incident, London's Metropolitan Police said on Monday that an officer "incorrectly entered the registration into a police computer which identified the car as registered to an address in Yorkshire."

"Once the mistake was realised the officer sought to explain this to the occupants; they were then able to continue on their way," the police statement said, adding that no searches were carried out.

Last week, restrictions were reimposed in parts of Northern England, including North West and West Yorkshire, after a surge in coronavirus cases.

But Butler told Sky News that the incident was an example of racial profiling, saying: "We're two Black people in a car driving through Hackney and they thought 'We'll stop them,'" she said.

Despite the police statement mentioning Yorkshire, a Met police spokesman said the coronavirus restrictions were not the reason the car was stopped. He told CNN on Monday that it was "not because of Covid," without elaborating further.

Earlier this year, UK government data showed that between April 2018 and March 2019, there were 38 stop and searches for every 1,000 Black people in England and Wales, compared with four for every 1,000 White people.

And an exclusive CNN/Savanta ComRes poll found that Black people in the UK are twice as likely as White people to say they have not been treated with respect by police.

In an interview with Sky News, Butler said that profiling cars not from the area was a "ridiculous" way to police.

Butler said that while she had a "polite" conversation with one of the policemen, another police officer "inflamed the situation so much."

"I was getting irritated and angry at the way she was approaching me," she said. "And I think it's just such a bad way to treat people."

The incident comes a month after British athlete Bianca Williams accused the Metropolitan Police of racial profiling after she and her partner were stopped and searched while driving.

Team GB sprinter Williams had been in the west London neighborhood of Maida Vale with her partner, Portuguese 400-meter record holder Ricardo dos Santos, and their three-month-old son when they were stopped and handcuffed by police.

The Metropolitan Police subsequently apologized to the couple for "distress caused," though it did not apologize for the traffic stop itself.

Police Commissioner Cressida Dick has said the department will review its handcuffing procedures.