Apple and Tesla just announced stock splits. Here's what that means for your investments 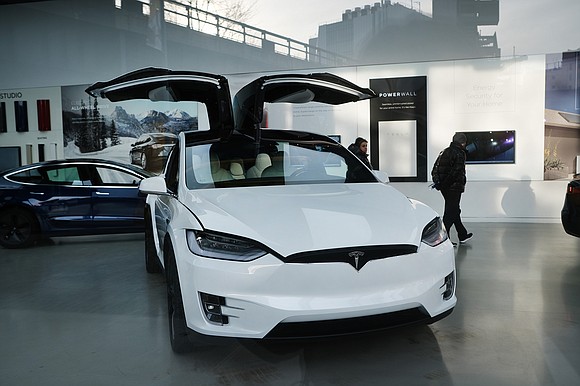 Apple and Tesla, arguably two of the market's most popular companies, both announced stock splits in recent weeks. Are these maneuvers good or bad for investors?/Credit: Spencer Platt/Getty Images

(CNN) -- Apple and Tesla, arguably two of the market's most popular companies, both announced stock splits in recent weeks. Are these maneuvers good or bad for investors?

Here's what you need to know if your shares are being split in two (or three, or four, or five).

A stock split does exactly what it sounds like: One share gets split up into multiple shares, with no change to the total value of investors' holdings. They are simply are broken down into more individual units.

So, who benefits from a stock split?

Lowering a company's share price can put its stock within the reach of smaller, individual investors. That's good for the company's liquidity and creates more demand for its stock.

On Monday, Apple, one of the most valuable companies in the world, announced a 4-for-1 stock split, which will take effect August 31. A single share was trading at about $450 Wednesday. Starting September, that will be closer to $100.

This will be Apple's fifth stock split since going public.

The price change will be more dramatic at Tesla, whose stock was trading at more than $1,500 a share on Wednesday. Its 5-for-1 split, also set for August 31, will bring an individual share into the $300 range.

That's still not exactly cheap, but it's already been a boon to both companies, whose share values have risen even further since they announced their moves.

Some companies, meanwhile, abstain from splitting their shares entirely, and just watch their stock value rise ever higher. One such example is Warren Buffet's Berkshire Hathaway.

Berkshire's class A shares ended Wednesday at nearly $320,000 a share. You can do the math on just how many ways one might want to split that stock. The company's class B shares, which have been split in the past, are a far more affordable $213 a share.