American Airlines will lay off 19,000 workers if it doesn't get additional federal help 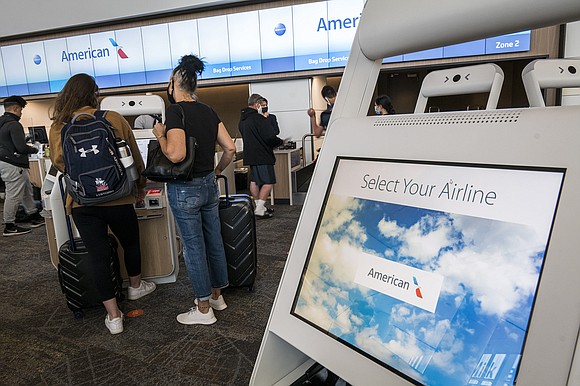 (CNN) -- American Airlines says it will lay off or involuntarily furlough 19,000 employees as of October 1 unless the airline industry gets more help from Congress.

The world's largest airline, which had 133,700 employees heading into this year, says it will need to reduce headcount by "at least" 40,000 employees. It said that 12,500 had agreed to leave the company with early retirement or buyout packages, and another 11,000 had agreed to voluntary furloughs for October.

"Even with those sacrifices, approximately 19,000 of our team members will be involuntarily furloughed or separated from the company on October 1, unless there is an extension of the [federal help]," said the letter that American CEO Doug Parker and President Robert Isom sent to employees. American said layoff notices were sent out Tuesday to 17,500 employees

Under terms of the CARES Act, which provided up to $50 billion of help to the US airline industry, airlines could not lay off or involuntarily furlough staff until October 1.

"The only problem with the legislation is that when it was enacted in March, it was assumed that by September 30, the virus would be under control and demand for air travel would have returned," said the letter.

"That is obviously not the case. Based on current demand levels, we at American now plan to fly less than 50% of our airline in the fourth quarter, with long-haul international particularly reduced to only 25% of 2019 levels," they added.

The airline also announced last week it would suspend service to 15 US smaller markets in October as a cost-cutting move. Cutting service to cities it had served is another measure that the CARES Act prohibited before October.

The airline industry and its unions are pushing for an extension of the help, but it is tied up with the discussion of other economic aid packages being considered, including enhanced unemployment benefits and help for state and local governments.