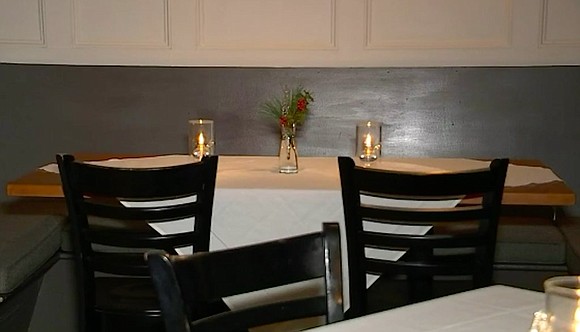 More than 600 Connecticut restaurants have closed during the pandemic. The Connecticut Restaurant Association is launching a "Save CT Restaurants" campaign to highlight the stories and struggles of local restaurants. Credit: WFSB

MIDDLETOWN, Conn. (WFSB) -- More than 600 Connecticut restaurants have closed during the pandemic.

The Connecticut Restaurant Association is launching a “Save CT Restaurants” campaign to highlight the stories and struggles of local restaurants.

The CT Restaurant Association says many more businesses will close this winter if they don’t get help from the state. That’s why they’re launching the campaign.

Esca Wine Bar in Middletown has been in business for 11 years. This has been one of their toughest yet.

Owner Marissa Bramato fears what’s to come if they don’t get financial and moral support from the state.

“The government has opened us for four months since June, and the numbers stayed down. It wasn’t until the end of September, October that the numbers started going up, so obviously, we’ve shown the state that all restaurants were open inside and we’ve been able to keep the numbers down,” Bramato said.

The Connecticut Restaurant Association launched the campaign and they will be telling the stores of owners like Bramato and what they do for the community.

“We also have to go home to our families and our children and our grandchildren, so everybody wants to be safe, and we make sure everybody is safe,” Bramato said.

Bramato says if the state waits until the spring, it will be too late.

“Connecticut just has to come through and it’s really devastating for our economy and for the restaurant business,” Bramato said.

Just a few days ago, a group of doctors and nurses asked the governor to halt indoor dining. Governor Ned Lamont says hospitalizations will be a benchmark for that kind of action.