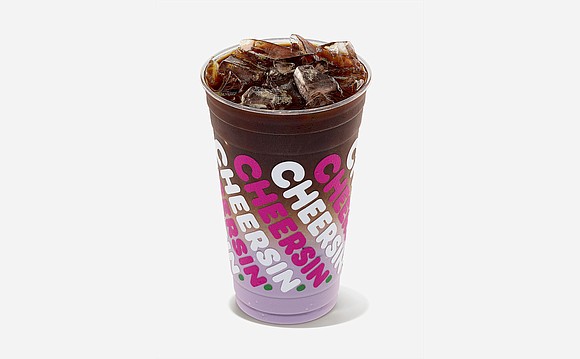 (CNN) -- 'Tis the season to go viral, as Dunkin' is discovering with its new eye-catching drink: the Sugarplum Macchiato.

The Sugarplum Macchiato joins Dunkin's holiday beverage lineup that launched in November, which features more traditional drinks such as a gingerbread latte and peppermint mocha.

But those old standbys don't attract as much social media attention because they're arguably less aesthetically appealing. The Sugarplum Macchiato clearly doesn't have that problem: The brand posted a TikTok featuring the drink Wednesday night, and it has already garnered more than 250,000 views and 37,000 likes. A similar post on its Instagram account has more than 100,000 views.

Dunkin' explained in a blog post that the drink's sugarplum flavor has been four years in the making but gained traction with its culinary team last year because of the popularity of other ombré drinks (i.e. rival Starbucks' "pink drink.")

It's the second color-changing drink Dunkin' has rolled out this year. For Valentine's Day, it added a limited-time pink velvet macchiato with a red-velvet cake flavor.

The chain regularly adds quirky menu items, such as its spicy donut, to lure in customers. Fast food is a zero-loyalty business with razor-thin margins, so any bump in customers is considered a success.

Rival Starbucks has had color-changing coffee drinks on its menu, including the Unicorn Frappuccino, but it has largely abandoned them because they're complicated and time-consuming for baristas to make. This year, Starbucks kept its holiday menu simple and brought back its Irish cream cold brew.