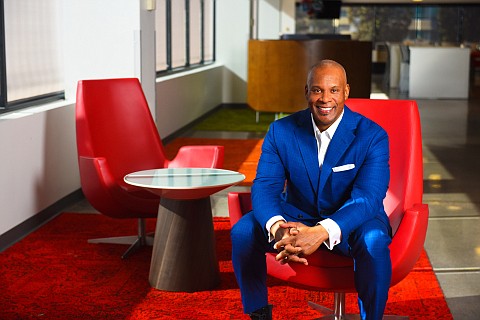 Comcast today announced it has promoted Rich Jennings to President of Comcast Cable’s West Division, reporting to Comcast Cable President and CEO Dave Watson. Effective today, Mr. Jennings is responsible for all Comcast cable operations in Arizona, California, Colorado, Kansas, Missouri, Minnesota, New Mexico, Oregon, Washington, Utah, Texas, Idaho, and Wisconsin. He succeeds Steve White, who after 18 years in operations at Comcast Cable, has stepped down to become President, Special Counsel to the CEO of Comcast Cable and will work on a number of important initiatives, including Diversity, Equity & Inclusion (DE&I), leadership programming and development, and the advancement of digital equity in the areas of accessibility and affordability.

“Rich is an outstanding executive who has been incredibly successful overseeing operations for several of our regions,” said Dave Watson, President and Chief Executive Officer, Comcast Cable. “Rich is known for his collaborative style and his relentless commitment to improving how we bring customers our industry-leading products and services. Rich will be a fantastic addition to our leadership team and I’m looking forward to working with him in his new role.”

“I’d like to thank Steve White for his leadership and the impact he has had on our company and our culture over the past eleven years,” commented Mr. Watson. “Steve has consistently delivered growth and strong results, balanced with a focus on the employee and customer experience. I’m excited to continue to partner with him to drive our all-important DE&I commitments that will make a meaningful difference for our company and in the communities we serve.”

Mr. Jennings is a 27 year veteran of the cable industry, including spending the past 15 years in operations roles with increasing responsibility. In his most recent position, he served as Comcast West Division Senior Vice President of Field Operations. With overall responsibility for the health and performance of the West Division’s regional operations, Rich’s focus was on improving consistency and predictability in service delivery and the customer experience. Prior to that he served as Senior Vice President for the Mountain West Region for eight years. He began his career in telecommunications with Time Warner Cable in 1993.

Mr. Jennings has been repeatedly recognized by CableFax Magazine as one of the most influential minorities in Cable and top 100 overall leaders in the industry. He also has a robust history of community service including participation in Young Americans Bank and Center for Financial Education (the world’s only state-chartered, FDIC-Insured bank, exclusively for young people under the age of 22), the Urban League, Boys and Girls Clubs of America, Junior Achievement, the National Association for Multi-Eth- nicity in Communications (NAMIC), and Women In Cable and Telecommunications.

Mr. Jennings is a Chicago native and a graduate of the University of Notre Dame where he received his business degree with a concentration in Marketing. He has completed executive education programs for Telecommunications through the University of Den- ver, UCLA and Harvard Business School. He and his wife, Lesley, have three daughters and live in Denver.