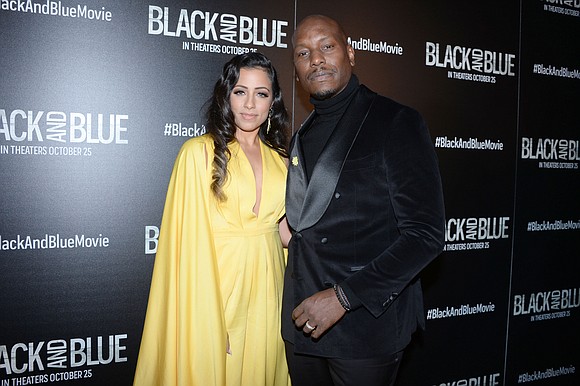 (CNN) -- Actor and singer Tyrese Gibson has announced that he and his wife Samantha have split after four years.

In a caption on a photo showing Gibson kissing his wife on the cheek he wrote that the couple had "decided to make a statement of a painful and significant development in our lives."

"After much thought, consideration, and prayer, We unfortunately have made the difficult decision to officially separate & divorce," the caption read. "Our intention is to remain the best of friends & strong coparents."

The couple, who married in 2017, are the parents of a 2-year-old daughter named Soraya.

They feel "blessed" and "deeply grateful" for their relationship and Gibson noted "Our journey together has been a ride of both ups & downs, but it's a journey that neither of us would have chosen to take with anyone else."

"We truly have so much love & respect for each other," he wrote. "We both have grown tremendously within this relationship; we have shared so many beautiful memories and moments, and we also look forward to see the amazing futures we have ahead of us individually."

He said they wanted to keep the "energy" of the split in 2020 and not take it into the new year.

Gibson also later posted a video compilation of their family accompanied by a song that appeared to be about his wife whom he referred to in the caption as "the love of my life."