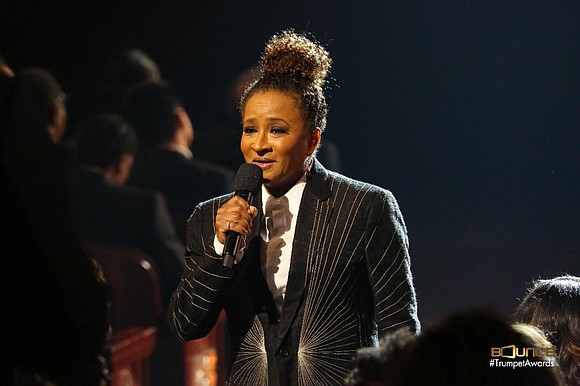 GRAMMY® Award-winning R&B artist Faith Evans singing a medley of her hits "Love Like This Before," "You Gets No Love" and the classic "I'm Every Woman" on which she's joined by the one and only Sheila E; a "Black Girl Magic" duet between hip hop star Rapsody and R&B chanteuse Elle Varner; an electrifying rendition of his hit "If I Ruled the World" from hip hop legend Nas; a sultry performance from soul singer BJ the Chicago Kid and the evening culminating with a soul-stirring performance by B. Slade, Le'Andria Johnson and Jason McGee & The Choir.

The honorees and their presenters also provide memorable moments during the evening, including:

Actress and comedian Niecy Nash presenting Cedric the Entertainer -- whom she calls "her dearest TV husband" -- with the Excellence in Entertainment Award for his 30+ year career in film, live performing and television. Cedric also receives a special congratulations from fellow comedian Steve Harvey, who credits him with being an "integral fiber of entertainment."

Funnyman Mike Epps presenting iconic comedian and actor Martin Lawrence with the Luminary Award. Taking the stage to a standing ovation and loud cheers, Lawrence talks about how his first stage was the classroom and how he entertained teachers and students with jokes at a young age. He dedicates his award to his late mother, naming her as his inspiration. Lawrence longtime friend and co-star Will Smith joins the celebration.

Civil Rights icon Ambassador Andrew Young receiving the Xernona Clayton Award of Distinction presented by the 2020 Census from Ms. Clayton herself. During his powerful speech, Young talks about how he and Clayton were among the first staff members of Dr. Martin Luther King and their lifelong fight for equality for all. Young's work for civil and human rights, his many years in public office as Congressman, United Nations Ambassador and Mayor of Atlanta, his leadership of the Atlanta Olympic Games and much more were among the examples of his extraordinary life of service.

Music executive Phylicia Fant receiving The Corporate Executive of the Year Award being presented to her by Chairman and CEO of Epic Records Sylvia Rhone. Recently appointed as Head of Urban Music at Columbia Records, Fant has established herself as a preeminent executive in the entertainment industry. Citing Trumpet Awards founder Xernona Clayton as an inspiration of how Black women could be leaders, the industry dynamo calls receiving her honor, "a full circle moment."