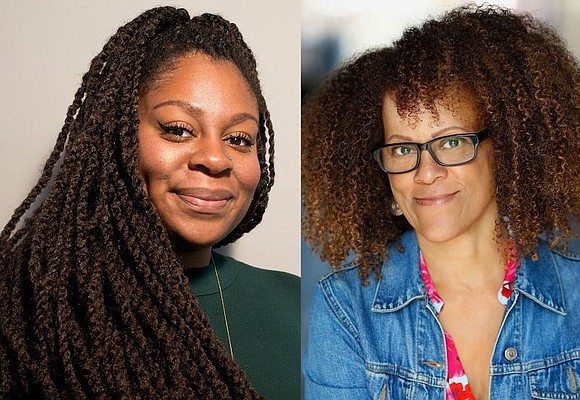 Candice Carty-Williams and Bernardine Evaristo just won Book of the Year and Author of the Year at the British Book Awards, respectively, becoming the first Black authors to win these top prizes.

According to guardian.com, Carty-Williams won Book of the Year for Queenie, her debut novel about a young black woman navigating life and love in London. The award is judged on quality of writing, innovation of publishing, and sales.

To quote from guardian.com:

“Carty-Williams said she was proud and grateful to win, but also “sad and confused” that she was the first Black writer to receive the top award.

“Overall, this win makes me hopeful that although I’m the first, the industry are waking up to the fact that I shouldn’t and won’t be the last,” said the author.

“The power of Queenie is the way it makes you feel: energised; moved; comforted. It is such an assured and original piece of debut fiction,” said judge Pandora Sykes. “Weighty issues about identity, race, family, heterosexuality and mental health are distilled into prose which is easily digestible, but extremely impactful.”

Evaristo, the joint winner of last year’s Booker prize for her polyphonic novel Girl, Woman, Other, was named author of the year at the British Book awards, also making her the first black writer to win in that category.

Evaristo also won the fiction category, beating her fellow Booker winner Margaret Atwood to the prize. The novelist, who became the first black British woman to top the fiction paperback charts earlier this month, said she was honoured.

“This is such an interesting moment in our cultural history because the Black Lives Matter movement has generated an unprecedented amount of self-interrogating in the publishing industry,” said Evaristo, who described her recent experience topping the charts as “quite surreal.”