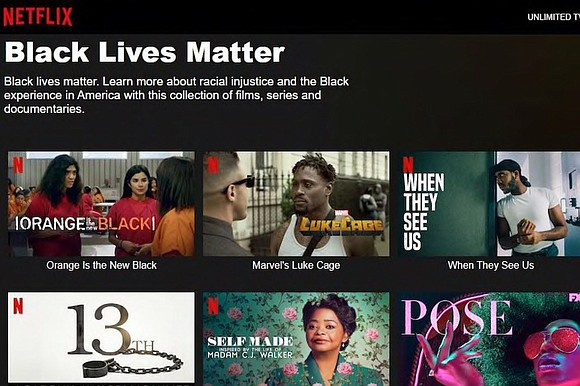 Netflix announced today it is shifting $100 million of its cash to financial institutions that serve the Black community to draw attention to the racial wealth gap in America.

The streaming giant has $5.1 billion in cash assets, and 2% of that will be moved to Black-led banks.

In its public statement, the company said it will first inject $25 million into a fund managed by the Local Initiatives Support Corporation, a nonprofit that develops underinvested communities. Another $10 million will go to Hope Credit Union, which provides capital for the nation’s most impoverished regions in the Deep South.

To quote from Netflix’s statement:

At Netflix, we know great stories can create empathy and understanding. Stories like Ava DuVernay’s 13TH and Explained’s Racial Wealth Gap show how systemic racism in America has sustained a centuries-long financial gap between Black and White families. As part of our commitment to racial equity, we are turning understanding into action. Going forward, Netflix is going to allocate two percent of our cash holdings – initially up to $100 million – into financial institutions and organizations that directly support Black communities in the U.S.

According to the FDIC, banks that are Black-owned or led represent a mere one percent of America’s commercial banking assets. This is one factor contributing to 19 percent of Black families having either negative wealth or no assets at all – more than double the rate of White households – according to the U.S. Federal Reserve.

Black banks have been fighting to better their communities for decades but they’re disadvantaged by their lack of access to capital. The major banks, where big multinational companies including ours keep most of their money, are also focusing more on improving equity, but not at the grassroots level these Black-led institutions can and do. So we wanted to redirect some of our cash specifically toward these communities, and hope to inspire other large companies to do the same with their cash deposits.

We plan to redirect even more of our cash to Black-led and focused institutions as we grow, and we hope others will do the same. For example, if every company in the S&P 500 allocated a modest amount of their cash holdings into efforts like the Black Economic Development Initiative, each one percent of their cash would represent $20-$30 billion of new capital. And that would help build stronger communities, offering more Black families pathways to prosperity and a more equitable future.