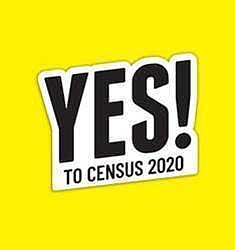 Houston and Harris County’s local census drive, “Yes! to Census 2020,” will debut its final original census mural at the historic S.H.A.P.E Community Center, 3815 Live Oak Street in Houston, on Tuesday, July 14, 2020 at 11:30 a.m. The S.H.A.P.E. Yes! To Census 2020 mural, created by artist Israel McCloud, depicts a picture-perfect snapshot portrait of the diversity of residents in the Third Ward with the local Census 2020 campaign hashtag #YEStotheCensus.

The location of the fifth and final Yes! to Census 2020 mural is no accident. Founded over 50 years ago and born out of the need for Houston’s early Civil Rights supporters to have a culturally safe space, the S.H.A.P.E Community Center has vastly improved the quality of life for South Central Houston residents by providing access to programs and resources that bring people together and empower them to become vital, productive citizens. The “Yes! to the Census 2020” campaign aligns with the values of S.H.A.P.E. in wanting all communities to have the funding and resources they deserve.

“The road to change includes many different vehicles, as everyone is unique and has different strengths and levels of consciousness,” states Brother Deloyd T. Parker Jr., Co-Founder and Executive Director of the S.H.A.P.E Community Center. “While protest is one way to demand change, programs are the vehicles that bring those changes into effect. The census is a program that can be used to help get funding to our underserved communities. It is an important tool for ensuring that our voices are counted. We cannot afford to ignore opportunities to enrich our lives; we simply cannot.”

“The census is vitally important, especially during this economic downturn created by the pandemic,” states Councilwoman Carolyn Evans-Shabazz. “The city needs to provide much-needed services and the money that is generated can help to get us back on course. Please take two minutes and take the census!” 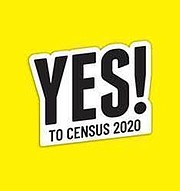 Councilwoman Carolyn Evans-Shabazz and Brother Deloyd T. Parker, Jr., Co-Founder and Executive Director of the historic S.H.A.P.E. Community Center are hosting the debut of the fifth and final “Yes! to Census 2020” mural at S.H.A.P.E. Community Center, 3815 Live Oak Street on Tuesday, July 14 at 11:30 a.m. Promoting a message of unity and diversity that such an important part of the South Central Texas community, this mural, like its predecessors, was designed to convey the important Census message to traditionally undercounted communities: completing the census online, by phone, or by mail is vital to the future of our communities, safe and easy to do.

Houston-based UP Art Studio and owners EIia and Noah Quiles facilitated all of the Yes! to Census 2020 mural installations. The locations of the previously released murals are in Montrose, Gulfton, Alief and Aldine and, when combined with the fifth and final mural at the S.H.A.P.E. Community Center in South Central Houston, tell a story through art that the census is vitally important to the future of traditionally undercounted and culturally diverse communities.

The goal of the Yes! to Census 2020 campaign is to educate all citizens of Houston and Harris County about how a 100% response rate makes a positive difference to their quality of life. A website with Census 2020 resources, information and events can be found at www.HarrisHoustonCounts.com