Historically Black Colleges and Universities are an American Asset 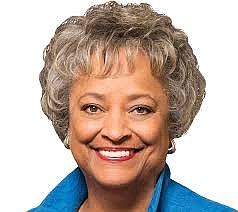 Sure, it offered no political drama. Such visits appear routine. Yet this visit highlighted an important initiative that has been largely overlooked: ensuring the continued success of our nation's Historically Black Colleges and Universities (HBCUs) at a time when declining enrollment and financial struggles threaten their existence.

For more than a century, HBCUs have played an essential role in America's higher education system. They provided an education for black Americans at a time when they were excluded from segregated universities. Even after desegregation, students who daily endured hostilities and humiliations in desegregated schools found acceptance at HBCUs. They met professors and administrators who cared about them, who knew the struggles they faced, and who were deeply invested in their success.

In the post-slavery era, abolitionist and former slave Frederick Douglass stressed the importance of education for every black person, declaring that education was another form of emancipation for newly freed blacks - emancipation from a life of ignorance. Education also meant emancipation from a life of poverty, as students learned the skills they needed to get good jobs, be truly independent, and earn a living for themselves and their families. Douglass' words apply today just as they did over 130 years ago.

Today, HBCUs continue to play a critical role in providing a quality education to black Americans and those of all races, serving hundreds of thousands of students across the country. By honoring black traditions and black history and also understanding the unique challenges that some minorities experience, HBCUs provide an environment that many students find more conducive to their success. The data back this up, showing that HBCUs do a better job of helping young minorities develop the skills they need to have fulfilling careers, with graduates often ending up in the top 20 percent of income earners.

Vice President Pence's visit to Hampton University was about more than witnessing the ground-breaking scientific work being done at its Proton Therapy Institute. His visit also shined a light on something of which few Americans are aware: the positive role that Hampton and other HBCUs have played in American history and will continue to play.

Hampton's Proton Therapy Institute is just one example. It's one of the largest proton therapy centers in the world and is producing new scientific discoveries and innovations. Proton therapy has changed the way we treat a variety of cancers by delivering doses of highly targeted radiation to tumors while sparing surrounding healthy tissue.

This kind of innovation isn't surprising. Students at HBCUs represent just one-tenth of one percent of all college students in America, yet these schools produce 22 percent of all science, technology, engineering, and math bachelor's degrees earned by black American students. These are the kinds of degrees that bring us such incredible advances like proton therapy. 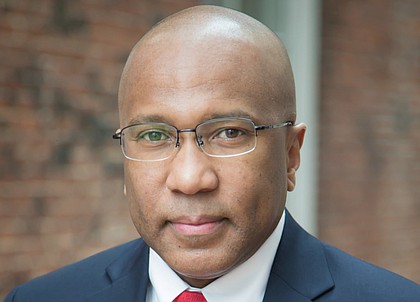 Despite this, financial struggles have been a constant problem for many of the nation's 100-plus HBCUs, so the Trump administration has been taking steps to ease the burden and enable these schools to stay focused on their core mission.

Early in his presidency, President Trump issued an executive order to create a White House initiative to promote excellence and innovation at HBCUs. Then in 2018, Education Secretary Betsy DeVos canceled the repayment of more than $300 million in federal relief loans that four HBCUs took out in 2005 in the wake of Hurricanes Katrina and Rita. More recently, President Trump signed the bipartisan FUTURE Act to provide more than $250 million a year for 10 years to HBCUs.

This isn't just good news for HBCUs, this is good news for America. With the administration highlighting the accomplishments of HBCUs through visits like Vice President Pence's to Hampton, the American people can better appreciate the kind of return they're getting on their investment and can begin to see how these institutions are not only creating brighter futures for minority students, but for the entire nation.

This commentary originally appeared in The Virginian-Pilot and Daily Press.