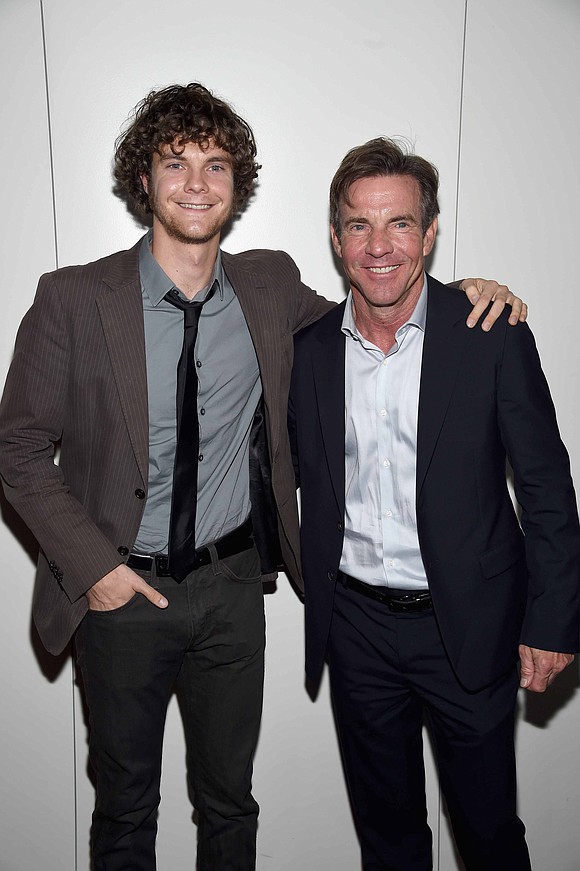 (CNN) -- Having famous parents might have helped Jack Quaid, but according to his father the young actor was having none of it.

During an appearance on Tuesday's episode of "The Kelly Clarkson Show" Dennis Quaid talked about how his son wanted to make his own way without any assistance from either him or his mother, actress Meg Ryan, the elder Quaid's ex-wife.

"My agent wanted to represent him and he said no I want to do it on my own," Dennis Quaid told Clarkson. "And then, of course, he gets an agent on his own and his first movie is 'Hunger Games.'"

He said his son followed that up by snagging a role on the Martin Scorsese's co-created TV series "Vinyl."

"Now he's doing 'The Boys,' which is the hottest thing on streaming," Quaid said. "It's a great show."

He said it was obvious to him and Ryan that their son would follow them into show business.

"Even from just a very, very young kid he had a video camera in his hand when he was like four years old, making his own little videos and stuff," Dennis Quaid said. "It was just a very natural thing that he did. It wasn't something we pushed him towards."

"Even more than an actor, he's just really turned out to be a really fine man," he said of his son.