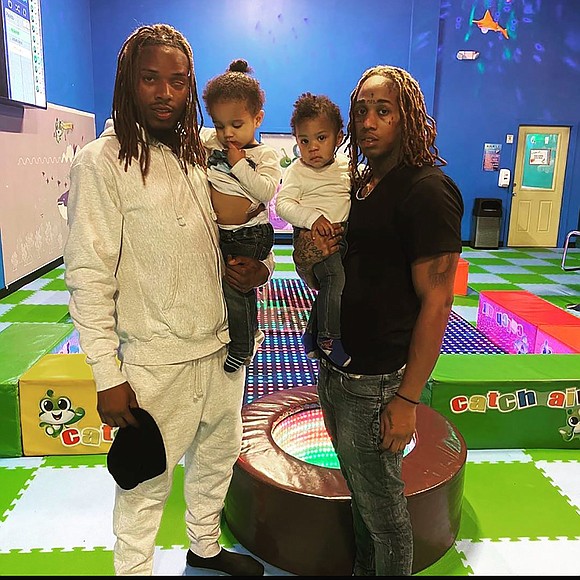 Rapper Fetty Wap posted this picture of his brother, Twyshon Depew, on Instagram. Depew, 26, was shot and killed in New Jersey last week, according to a press release from the Passaic County Prosecutor's Office./Credit: From Fetty Wap/Instagram

(CNN) -- Rapper Fetty Wap says his brother's phone never used to ring three times in a row when he called him, but since his death it now goes straight to voicemail.

Twyshon Depew, 26, was shot and killed in New Jersey last week, according to a press release from the Passaic County Prosecutor's Office.

"I failed you bro I'm sorry," the rapper wrote in an Instagram post honoring his brother Friday. "I love you lil bro I really thought I could get you out before I ever had to make a post like this lil bro."

The incident took place Thursday around 9 p.m. when police responded to Paterson for reports of a shooting, the release said. Paterson is about 15 miles north of Newark.

When officers arrived on scene they found evidence of a shooting and were told the victim, Depew, was taken to a local hospital in a private vehicle with gunshot wounds. Depew died at the hospital, the release said.

The prosecutor's office is investigating the shooting as a homicide, the release said.

"No arrests have been made at this time, however the investigation is still active and ongoing," Passaic County Prosecutor Jason Statuto told CNN Monday.