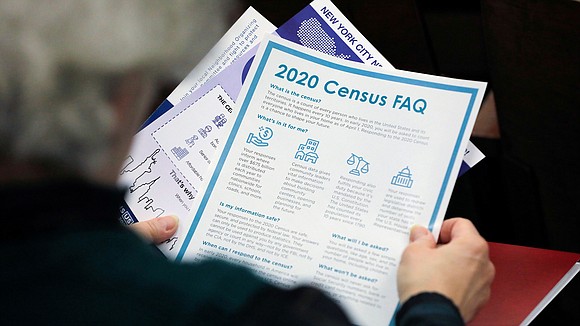 (CNN) -- A second federal court is blocking the Trump administration from removing undocumented immigrants from the 2020 census count used to reapportion seats in Congress among the states.

The Thursday order from the Northern District of California blocks the Census Bureau and Commerce Department from implementing a July order from President Donald Trump.

The Supreme Court is set to hear arguments over the issue in November. Those arguments stem from a similar order by a federal court in New York that also blocked the order. The Trump administration did not immediately say if it plans to appeal Thursday's order.

The court ruled that the exclusion of undocumented immigrants violates the Constitution's requirements about how congressional districts are apportioned. It also found the order violated other federal laws.

The court's order prohibits officials from providing Trump "any information concerning the number of aliens in each State 'who are not in a lawful immigration status under the Immigration and Nationality Act.' "

The career Census Bureau official overseeing the 2020 count, Associate Director Al Fontenot, told reporters on Wednesday that he did not know where efforts to implement the President's order stood. He said the responsibilities were given to a different team at the bureau and that the official population count would be provided to the President "separately from any documents related to the presidential" order on undocumented immigrants.

One of the three judges who heard the California case, Lucy Koh, earlier this fall blocked Commerce Secretary Wilbur Ross' directive to end the 2020 census a month earlier than scheduled. Her ruling ultimately kept the count ongoing for about two weeks until the Supreme Court overruled her.