Trump administration notifies Congress of $1.8B in proposed weapons sales to Taiwan 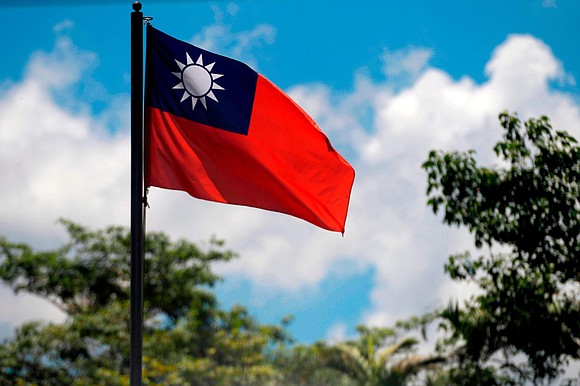 The US formally notified Congress of a proposed $1.8 billion in advanced weapons systems sales to Taiwan -- a move sure to increase tensions with Beijing. Credit: MARVIN RECINOS/AFP/Getty Images

(CNN) -- The US formally notified Congress of a proposed $1.8 billion in advanced weapons systems sales to Taiwan, a move sure to increase tensions with Beijing.

A State Department spokesperson told CNN that "consistent with the Taiwan Relations Act, the United States makes available to Taiwan defense articles and services necessary to enable it to maintain a sufficient self-defense capability. The United States also maintains the capacity to resist any resort to force or other forms of coercion that would jeopardize the security, or the social or economic system, of Taiwan."

CNN reported last week that Congress had received informal notification of these sales as well as two additional intended sales of unarmed Reaper drones and Harpoon missiles. The latter two have yet to be formally notified.

In a briefing by China's Ministry of Foreign Affairs, spokesperson Zhao Lijian repeated the line that the actions by the US undermines China's sovereignty.

"China firmly opposes this, and we urge the US to fully recognize the serious harm of the arms sales to Taiwan, to earnestly abide by the One-China principle and the three joint communiqués, stop arms sales to Taiwan and the US-Taiwan military ties, and withdraw relevant arms sales plans to Taiwan, so as not to cause further damage to China-US relations and peace and stability across the Strait," Zhao said.

Washington has long provided arms to the island under the terms of the 40-year-old Taiwan Relations Act, and there is bipartisan support for supplying Taiwan with weapons.

There has been an increase in arms sales to Taiwan during the Trump administration as the US has grown closer to Taipei and tensions have risen with Beijing.

"We urge Beijing to cease its military, diplomatic, and economic pressure targeted at Taiwan and to engage in meaningful dialogue with the democratically elected Taiwan representatives," the spokesperson said.

In addition, the administration has sent a number of high-profile officials to Taiwan in recent weeks, including Health and Human Services Secretary Alex Azar and Keith Krach, the State Department under secretary for economic growth, energy and the environment.

This story has been updated to include response from China.