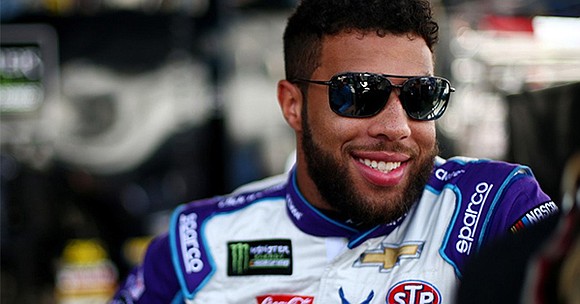 (CNN) -- NASCAR racer Bubba Wallace will be sporting a new number and car while racing with a new team in 2021.

Wallace will be racing with the number 23 for the newly-formed racing team owned by former NBA superstar Michael Jordan and racer Denny Hamlin.

The team was named 23XI Racing -- pronounced twenty-three eleven -- in reference to the jersey number Jordan wore while playing in the NBA and the number 11 car that Hamlin has raced with for the past 14 seasons.

A month ago, Jordan and Hamlin, a three-time Daytona 500 winner, announced they would be teaming up to form a new NASCAR Cup Series team with Wallace as the driver.

"Michael and I have a shared vision for this team, so it's exciting to see it reflected in the team name and on the race car with the iconic number 23 that Michael made famous," Hamlin said in a news release.

"This is the start of the new adventure! So ready! #23XI." Wallace tweeted on Thursday.

Wallace previously raced with Richard Petty Motorsports, and he's the lone Black driver competing in NASCAR's most high-profile races. This year he successfully campaigned NASCAR to ban the flying of the Confederate flag at its races.